Muktananda witnessed an incident that occurred here at Shree Peetha Nilaya between Sri Swami Vishwananda and some guests during the last darshan here, and wrote about it to share with you: 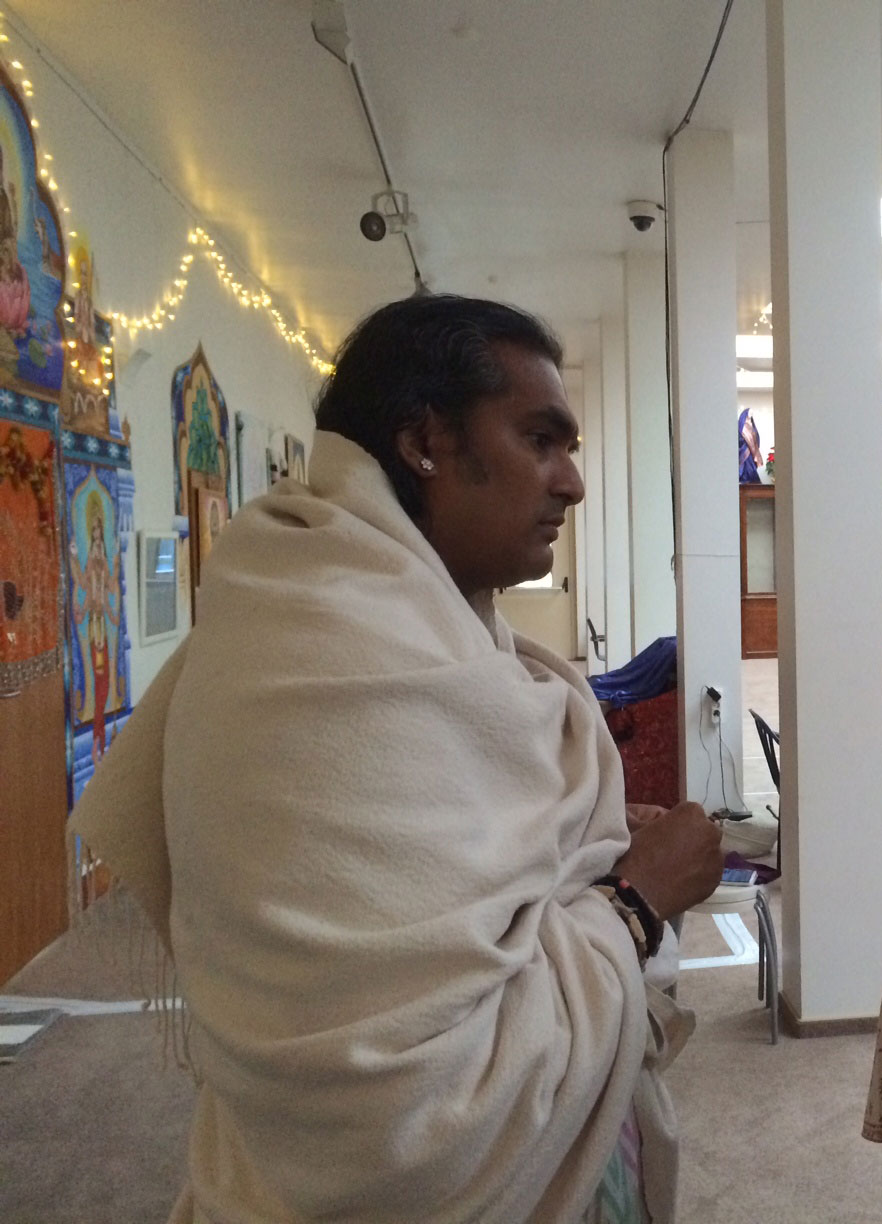 Early Sunday afternoon I came to the entrance hall of the centre, when I saw Guruji conferring with "Father and Daughter", who were about to leave after lunch. They had participated at the last Darshan in Shree Peetha Nilaya, and after the overnight stay they also attended the morning prayers. But the trip home became a bit difficult as the car key stuck in the ignition and the electronics of the car had automatically locked the doors. They could not get into their car anymore.

The daughter (about 17 years old) was at the centre for the first time and she was quite impressed by Guruji’s energy, presence and personality, yet her mind was laden with so many sincere questions concerning some of the 'rituals'. …. Who doesn't know that?

When Guruji left the hall – followed by the two and by Chidaananda (holding a brick in his hand) and Pankaj – I opened the entrance door and we found ourselves in front of Guruji’s golf cart in which he and Pankaji already were seated and ready to leave. After short "small talk“ either the father or the daughter asked first "Swami, you could open the car". They all agreed and repeated "Yes Swami, you could open the car." On that Guruji replied "Maybe I can, maybe not" - and then added "What are you now going to do?" 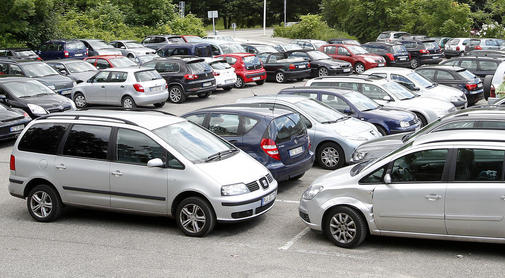 The father said that he could call a car repair shop so that someone could come and open the car. "This is very expensive" replied Guruji and the father agreed with that.

"If I would open the car, this would cost you a lot", Guruji then said. And after the father asked, "How much it would cost?", he replied, "Well, you would have to quit smoking." "OK, I’ll do that", said the father and we then were kidding around with that for a moment.

"Muktananda can help you to open the car", said Guruji finally and turning towards me he said "You should try to press the window from the outside downwards, and then open the lock with a tool through the gap and thus open the door." Then he drove away and shouted to the father that he should not promise what he could not keep. It seemed that Swami knew that he would not be able to keep the promise to stop smoking.

Anyway, Guruji went and I was looking for a suitable "tool". Right next to us were some snow shovels at the wall and one of them seemed to fit for that purpose. We cleaned it without giving too much thought to it and headed onwards to the car. We thought, "When Guruji says that it will work, then it will be like that." - no matter what the mind says should be in accordance with modern and conservative physics, for example.

After about 100 meters we reached the car. I saw the key in the ignition and was looking for the point where to apply the snow shovel at the window, while the father went to the door, put his hand on the door handle – and the door opened just like that!

You can imagine our faces….. Just like in the movie….You know that.

Many thoughts wandered through our minds…… and the soul was happy!! It jumped around and danced – and still does – out of amusement about three rather flabbergasted minds, which came once again a little bit closer to the "bigger" life. Certainly not only asking, "How in the world could Guruji open the car?!"….. but probably also "How can I now stop with smoking?!"…. and perhaps also "What am I going to do with this big experience, wrapped up in this tiny occurrence?!"

Guruji once said: "The master can give you EVERYTHING in a tiny drop." Now it is up to us how much we draw out of this little drop.

How is it said in the proverb? What you inherit from your fathers, acquire it to own it, or to apply it to this situation: What you get from your Master, go deep into it to get the maximum profit, not only for yourself, but for the whole world! Our souls are longing for true, unrestrained lived, open hearted joy.

Thank you Guruji, thank you!

Guruji has come here to earth to open our hearts and sometimes even cars – if needed :)

Yet, what did Guruji say to the father: "It will cost you a lot, if I open the car. You have to quit smoking." Now, if it costs that to open a car door, what might it cost to open our heart’s door?! It will cost much more. It will cost the ego and all that it represents. Are you ready for that? The master is not only a master in encoding messages, he is also the “unlocker” of all locks on all levels and realities.