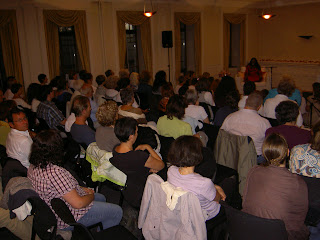 The room was full to attend the Questions/Answers satsang of Swami Vishwananda in Rheinfelden, Switzerland.
Eingestellt von Vijaya - Vishwananda um 01:32
Email ThisBlogThis!Share to TwitterShare to FacebookShare to Pinterest
Labels: Satsang with Swami Vishwananda

Satsang in the evening 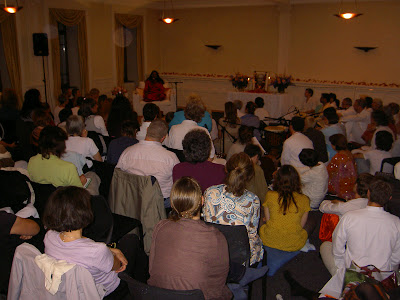 Swami Vishwananda explained the Meaning of the Kalki Avatar. Read about it on
http://www.vishwananda-talks.blogspot.com
Eingestellt von Vijaya - Vishwananda um 01:24
Email ThisBlogThis!Share to TwitterShare to FacebookShare to Pinterest
Labels: Satsang with Swami Vishwananda

The last weeks, one of the main important works have been done in the 4 corridors of building B. The walls had to be opend and all the electrical wires had to be installed (including the smoke dedectors in the rooms)

There was a lot of dust and dirt during this time..All this had to be plastered afterwards.

And then, a gift from heaven arrived:

A new carpet is not a priority right now. We hope to have capacity (money) for this next year. Now we have to concentrate on the reopening.

Dr. Satya Narayana Dasa is the Director of Jiva Culture from Vrindavan, India.

He conducts classes on ancient Indian sciences for scholars from around the world, and has initiated a program for preservation, translation and publication of ancient Indian works of science and wisdom. He is visiting us for the 4th time. We very much look forward to his coming. 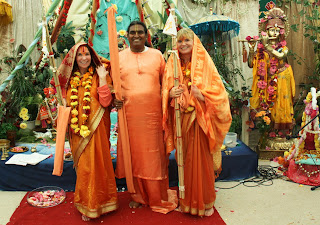 Today, Swami Vishwananda made Utpalavati (from US) and Madhavi (from UK) to Swamini's. 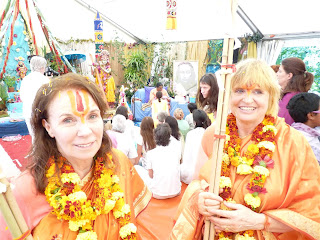 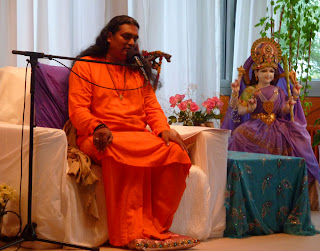 This morning Swami Vishwananda started singing us in a "high Krishna spirit" with Bhajans about the Glory of Bala Krishna in the temple during morning prayers. 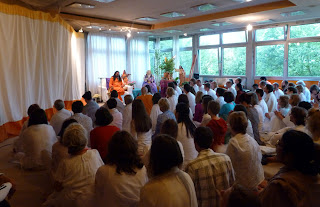 The temple was packed full, as you see.
Eingestellt von Unknown um 11:35
Email ThisBlogThis!Share to TwitterShare to FacebookShare to Pinterest
Labels: Recent

Janmashtami also known as Gokulashtami marks the celebration of the birth of Lord Sri Krishna. Sri Krishna was born in the 'Rohini' nakshatram (star) to King Vasudeva and Devaki Devi on the eighth day of the dark fortnight in the month of Sravana. This festival is also known as Sri Krishna Jayanti and Krishnashtmi. The actual day of celebration can be on two different days as the star 'Rohini' and Ashtami may not be on the same day. These days correspond to the August and September months on the Gregorian calendar.

Sri Krishna is considered as the eighth avatar (incarnation) of Lord Vishnu's, (one of three major Hindu Gods) on earth. He is considered to be the Lord's most glorious incarnations. It is said that his remembrance true heart brings extreme joy and pleasure because Sri Krishna himself was a manifestation of joy at all levels and in all walks of life. No other God in the Hindu pantheon, or for that matter in any other religion, is associated with so many romantic tales and so fully radiating with all the divine attributes as Sri Krishna.

Since Sri Krishna lived in luxury throughout his life, Sri Krishna Jayanti is celebrated with pomp and splendor. Plenty of sweets are made on this day. Among these are laddus (yellu oonde), chakli, cheedai, payasam (kheer), and so on. In addition, plenty of milk products especially butter, which was Sri Krishna's favorite childhood food, is given in offerings. A wide variety of fruits are also offered. The most common sweets made laddus and payasam.

Great indeed are his many Leelas and the way in which he charms one and all. Several sages and seers have paid homage to him. Narada, Sri Kulashekara Azhwar, Andal, Tirumangai Azhawar, Nammazhwar have sung glorious verses in praise of Lord Krishna who embodies Shudda Satvam. The Bhagavad Gita coming from the Lord is the absolute truth which has withstood the test of time and has formed the basis and inspiration for many Acharyas and Azhwars.

The life and message of Sri Krishna is the most stirring saga of one of the greatest saviour and profounder of Dharma. Born in the dungeons of Kansa who was out to kill him at the very moment of his birth, Sri Krishna's life is replete with many such mortal dangers which he successfully triumphs over. He was the unchallenged hero of his times both in terms of his bodily prowess and his intellectual brilliance.

Sri Krishna Jayanti, therefore, signifies not merely the birth of a great and Divine teacher of mankind in some distant past but the lighting of the spark of the Divine Power in every one of us, which spurs us on to play our dynamic part in this world of practical and hard realities with a sense of high spiritual purpose. Krishna represents the total power of attraction (Aakarshna Shakti) like a magnet of infinite rise. Hence Krishna is the source of joy.

The cultural aspects are represented by the traditionally dressed devotees. The raas or dance is also done with devotees taking part with spiritual fervor. Sri Krishna who manifests all levels of joy, is also the source of spiritual joy, which overrides mental or emotional joy, just as emotional joy overrides physical joy. If all the three are integrated and interdependent, then the observance of the festival takes on the full meaning of Sri Krishnaarpanamastu - let everything be offered to Sri Krishna.

Last weekend there was a very successful Icon painting course in the atelier. 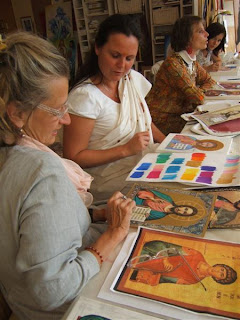 It was a group from Czech, and they worked very devotedly and concentrated. So after the 3 days they all where ready with their first own painted Icon!
Look how happy they are:

Here a letter from them:
During every visit of the ashram my heart cheered and the breath almost stop when looking into the atelier.
What a beauty!
To draw an icon of Mary was such an unimaginable wish.
Yet we received this big mercy in the form of an icon panting course.
What can I say about it? Imagine the silence of the room, creating in meditation, the eyes of the saints, bells of laughter and two angel eyes leading us through the course.
I recall it with love and I thank you!
Malini
The next Icon Painting Weekend with Jaahnvi is in September 23rd - 25th
Please mail to: jaahnvi@bhaktimarga.org
ore phone: +49 (0)172 744 66 10
Eingestellt von Unknown um 09:03
Email ThisBlogThis!Share to TwitterShare to FacebookShare to Pinterest
Labels: Atelier

The Gift of Nothing

This sweet cartoon book was given to Swamiji for Gurupoornima. He was joyfully reading the story of the desperate dog Mooch who found finally peace again:

It was a special day and Mooch wanted to give his best friend, Earl, a gift.

But what to get him?

He had a bowl.

He had a chewy toy.

He had it ALL.

What do you get someone who has everything?

He would give Earl the gift of nothing.

But in this world filled with so many somethings, where could he find nothing?

Mooch often heard Frank say there was „nothing on TV.“

But as far as Mooch could tell, there was always something on TV.

But as far as Mooch could tell, everybdoy was always doing something.

Milli came home from the store and said, „There was nothing to buy!“

Mooch looked up and down every aisle.

The latest this, the newest that...

but as far as he could tell, nothing was not for sale.

So Mooch went home and sat on his pillow

and just stayed still (as cats often do).

And not looking for it, he found

So he went and got a box

and put nothing in it.

Then Mooch thought, Hmmm … maybe Earl deserves more than this.

So he got a bigger box.

„Now that´s plenty of nothing!“

Who told him? Thought Mooch. 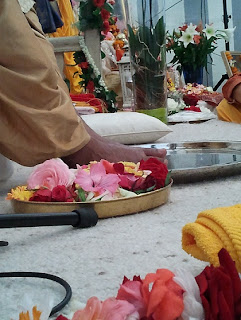