A nice way to greet after Easter 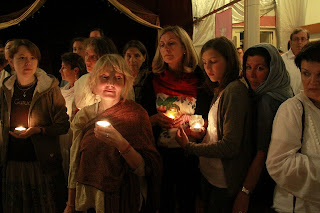 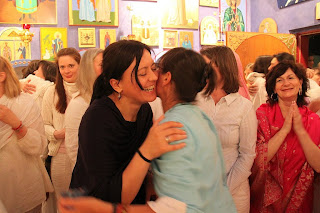 Christos Anesti! Alithos Anesti! A few days ago we celebrated the "Feast of Feasts" in the Orthodox Spiritual Calendar: Easter.
Well over 200 guests participated in the festivities, many from Russia and Poland, but also from France, England, Czech Republic, Serbia, Croatia, Switzerland, Italy, Portugal and of course also Germany. Reading from the look on the faces and the plenty feedback we received, not only they enjoyed their time, but were also touched by the ceremonies in our cute little chapel at Shree Peetha Nilaya in Springen, Germany.

As you might know, in Orthodoxy, after Saturday night, when the Holy light from the Altar is brought out and everyone light their candles off it at the strike of midnight, to commemorate the Resurrection of Christ one greets one another with „Christos Anesti“* (Greek) = Christ is Risen! and the response is: „Alithos Anesti“ = Truly He is Risen!*.

What you might not now, is this: In the days after Easter in Greece and other Orthodox countries people keep greeting eachother with „Christos is Risen“ instead of „hello“, and the person who is greeted responds again with „Truly He is Risen“. It is the standard greeting and response during Easter and for 40 days after, till the day of Ascension.
It's a nice reminder of Easter and extends the sweet flavor of the Great Feast of Feasts well beyond the first hours after we have returned home and are enveloped again by the routine of everyday life. 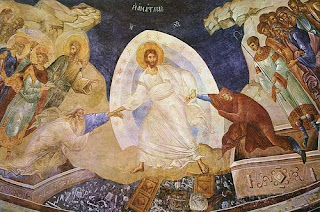 The darshan took four hours. People came from the North of Germany but also from London, Switzerland and even Siberia.

Swami Vishwananda blessed every one 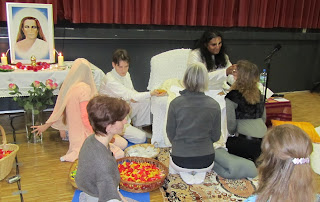 The darshan began at 12 and went on until around 4pm. Many of those present were very happy to see Swami "live" for the first time.
Eingestellt von Vijaya - Vishwananda um 00:42
Email ThisBlogThis!Share to TwitterShare to FacebookShare to Pinterest
Labels: Darshan with Swami Vishwananda 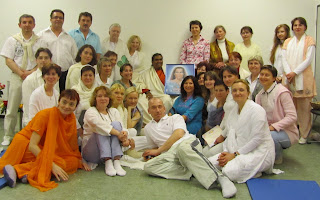 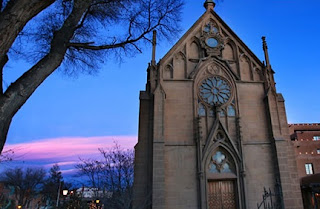 Seing the pictures of the miraculous staircase of Santa Fe, it reminded me of the afternoon before a darshan in Santa Fe some years ago. Swami decided to have a walk around the hotel and so we discovered the nice chapel of Santa Fe. The Gothic Revival-style chapel was patterned after King Louis IX's Sainte-Chapelle in Paris. But the most amazing thing was inside the chapel: the miraculous staircase of St Josef... 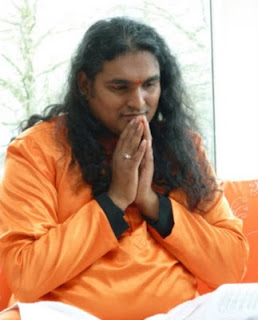 Swami Vishwananda said:
"In one week is Ram Navami. This is the time to chant the divine name of Sri Ram. Lord Rama is the incarnation of compassion. He came around 10 thousand years ago to show us all that one can attain the divine by performing ones dharma sincerely. Trust that God placed you now and here in this place to attain Him (God). So it is in this place (pointing to the heart) that you must seek Him and not anywhere outside." 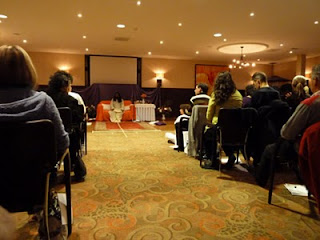 The Darshan tonight was very nice. There were very many first-timers and our "Bhakti Sounds" Bhajan Band was so good, that some guests thought that a CD was playing rather than the bhajans being live! 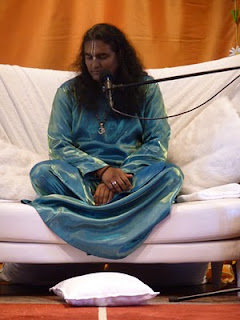 Swami Vishwananda said yesterday at the Darshan:
"...turning the mind within. What is happening outside is also happening inside. Does all the outside make us happy? No! We can see too much suffering in the outside. We want change. So, how do we change all this? We must change! The more we focus on negative things – news, chit-chatting – the more we become negative. The more negative energy we create, the more negative things happen. Better is to be calm, be at peace and go inside. Go in calmness into the depths of your heart. Then you will become a temple of inner peace." 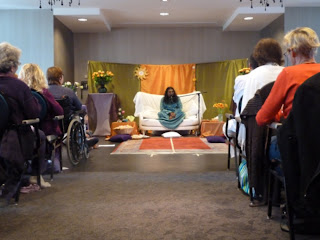 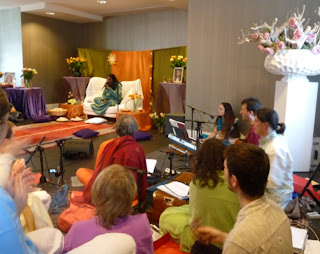 Last night Swami Vishwananda celebrated a Yagna in a private House near Brugge. Here are some pictures: 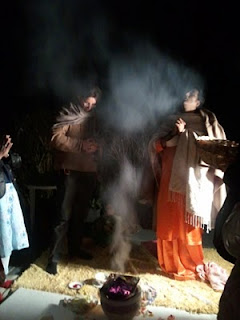 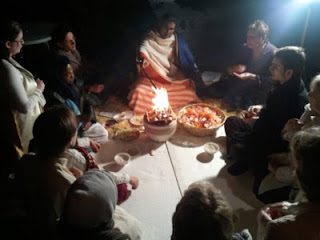 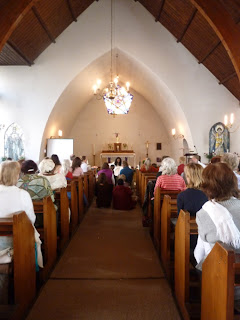 This afternoon on his "Tulip tour" Swami gave his very first Darshan in Amsterdam. It took place at the Theosophical Church. 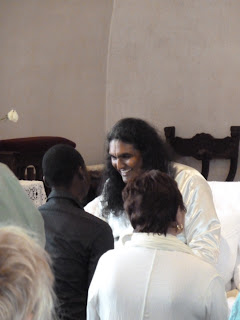 The church was completely filled with Darshan guests and the atmosphere was wonderful.
Swamiji spoke, no surprise, about Love. He also said, that the heart (chakra) can't help but being always open!
Tomorrow very early in the morning the "tour" moves on to Bruges/Belgium to prepare the Darshan there. It is scheduled to start at 1pm.
Eingestellt von Swami Kuru - BHAKTI MARGA um 21:36
Email ThisBlogThis!Share to TwitterShare to FacebookShare to Pinterest
Labels: Recent
Newer Posts Older Posts Home
Subscribe to: Posts (Atom)