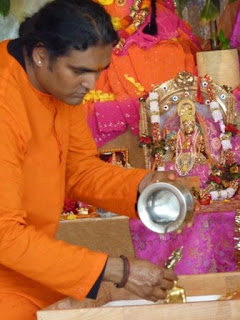 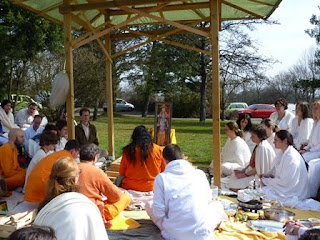 During Ram Navami Swamiji spoke about the effect of the name of "Rama". "The name of RAMA is very special. Because it is said, that just by mere chanting of the name of Rama, if one at the end of life chants this Divine name, one gets liberated from the cycle of life and death. That's why this name is called Taraka Mantra, which is a mantra that can liberate someone. That's why you see in Hindu tradition, when someone dies, they always chant the name of Ram. "Sri Ram Sri Ram Sri Ram." The word Rama in itself is the fullness of two divine names, which is RA, which is taken from "OM NAMO NARAYANA", and MA comes from "OM NAMAH SHIVAYA". So from the combination of OM NAMA NARAYANA and OM NAMAH SHIVAYA comes the name RAMA. This mantra is not that easy to chant actually, if at the time of death you have not learned to practice chanting. At the time of death very often you are so attached to the world, to things or to people, that to free yourself, even if you are well aware that you should not be taking birth, it is difficult. Because the power that is generated at this time is so strong, that if you don't have the divine name, the last image you have in your mind, you will incarnate as that.” 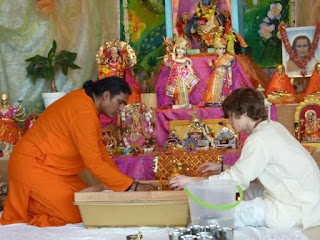 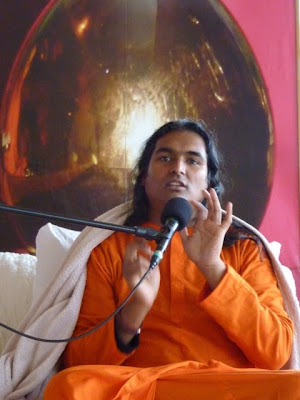 Because of so many guests we decided to celebrate the Darshan in the "Red Hall" .
This time it was not planned to have a live stream, but Swamiji asked Kuru at the beginning for it, so quickly they managed to install everything:  HERE is the link! 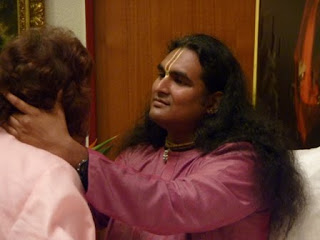 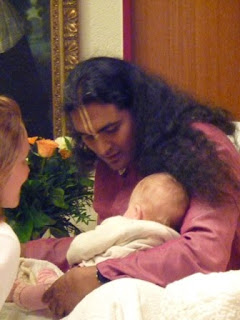 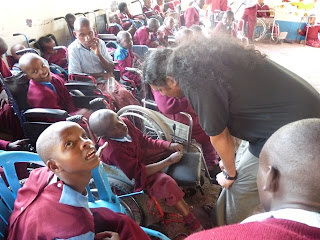 In his last Darshan speach Swami Vishwananda told following story:
Swami Vishwananda: Once somebody went to a Saint, and said, “Dear Saint, tell me how would I love the same way you love?" He was a doctor. The saint closed his eyes and thought for awhile and said, “My dear Doctor, I know you treat a lot of people, but all that you do, you treat people but you always take money. So, do one thing: once a week, treat for free whoever comes to you; give your treatment for free."
So the doctor listened to the Saint and he practiced what the doctor said up to two months. The saint approached him again and said, “How are you?" He saw that the doctor was radiating so much joy and happiness, he said to the doctor, “You seem very happy nowadays." And the doctor said to the saint, “Yes, dear Saint, I have taken what you have said to me and I have practiced it. Once a week I have given free treatment to everybody who comes and truly this has opened my heart and this has made me really feel a great happiness inside of me."
Eingestellt von Drishti um 07:50
Email ThisBlogThis!Share to TwitterShare to FacebookShare to Pinterest
Labels: Teachings of Swami Vishwananda 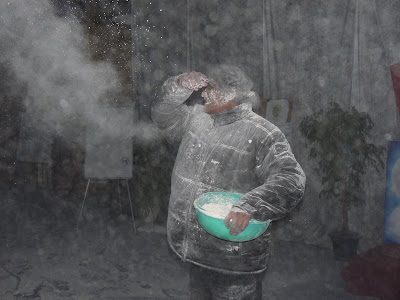 Dear readers, actually we wanted not to speak about this crazy second part of Holi, but it was tooo good not to share: 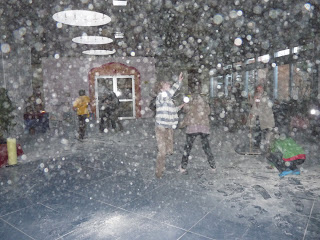 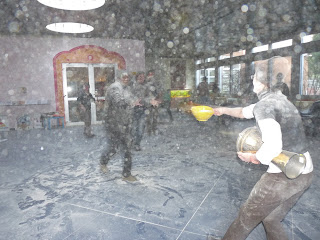 It was arround 4pm, and it was said, that Holi is finished now, everybody took a shower and we started to clean the entrance hall. 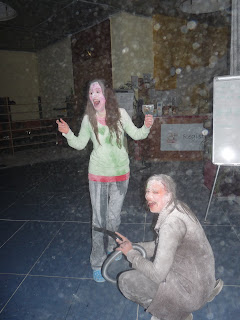 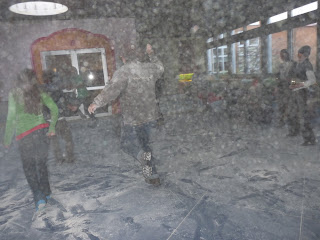 There was somebody bringing white flour from the kitchen and a crazy battle startet- even drums where played: We hope that the pictures give you an impression of our great fun! 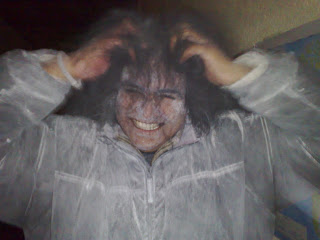 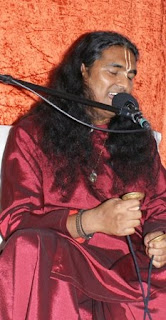 LIVE STREAMING  (part 2)
We are happy to let you know, we will attempt again this coming Saturday to transmit to you LIVE via the internet the next DARSHAN.

We will again start at around 6:30 pm CET* with our evening prayer, then shortly after 7pm, we get ready for Swami's Darshan.

CLICK HERE to get to our LIVE PAGE
Eingestellt von Drishti um 09:24
Email ThisBlogThis!Share to TwitterShare to FacebookShare to Pinterest
Labels: Recent

Shirdi Sai Baba on the wall 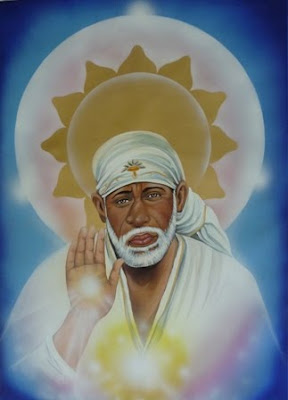 Later, we sold our house in order to move into a bigger one. The new people of the house painted this wall white. One week later they called us and said, “You know this wall with the form of this holy man. We painted it several times in one week and finally it had completely gone, but today it has come back again the same as before.” “Well, you can believe what you want”, I told them. “But I would suggest you leave it as it is; if Sri Shirdi Sai Baba wants to stay in your home let it be, it is a blessing for all of you.
Kajal and Sanjit – Nairobi - Kenya
Eingestellt von Drishti um 11:58
Email ThisBlogThis!Share to TwitterShare to FacebookShare to Pinterest
Labels: Miracles around Swami Vishwananda 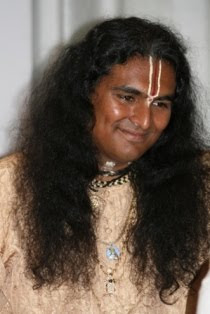 
BREAKING NEWS - we are happy to let you know that for the first time tonight.... we will attempt... to transmit a.... Darshan LIVE - VIDEO & AUDIO! God willing of course, hopefully our internet connection will remain stable.

We will start at around 6:30 pm CET* with our evening prayer, then a little after 7pm, we get ready for Swami's Satsang & Darshan.:)

Feel free to give us feedback using the chat function (for that you need to register for free with Ustream.tv our streaming provider). For example you can tell us if something is not as it should be with regard to audio or sound, and we will try to fix it. Or else we would love to hear from you via email, so we know what you think of this new service and what can be improved.

Love and Blessings, we hope to see you soon, maybe already tonight?...

Holi- the day of colours 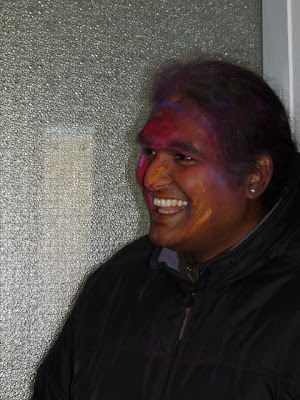 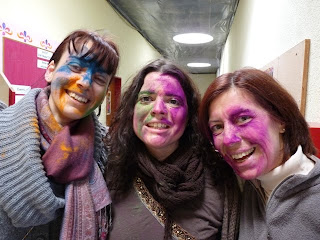 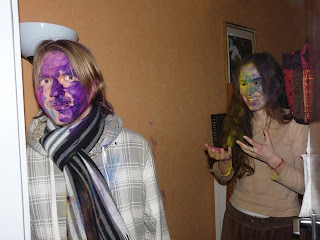 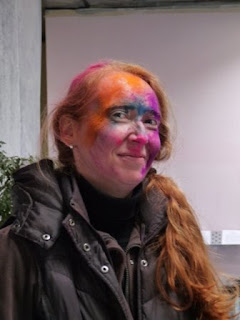 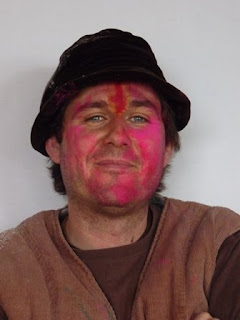 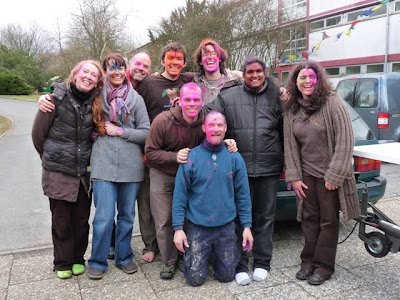 even Krishna gets coloured: 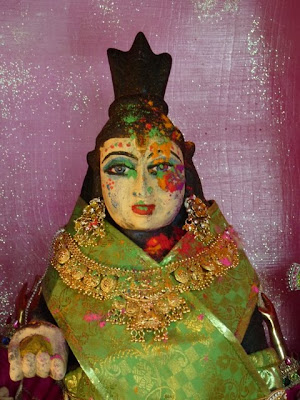