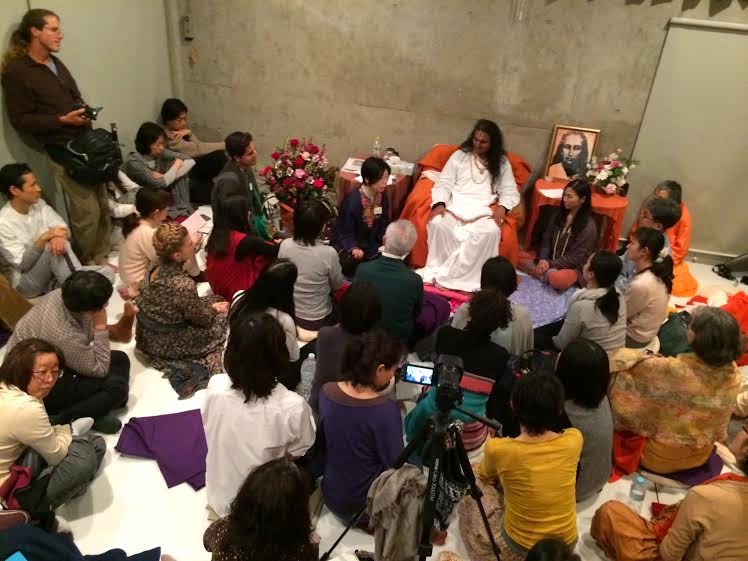 On Saturday the 17th of January Swamiji gave Satsang in Tokyo at the Yogastudio ZEN. Approximately 70 people squeezed into a rather small room to make for a very cozy atmosphere. Many of the people had also been presented the day before at the concert and Darshan and were excited to continue their newly-started connection with Swamiji!

Anuprabha was helping some of the Japanese matajis to put on their tilaks, explaining to them the meaning of it and they were all very excited!

Swamiji began the Satsang by asking the devotees to participate in the bhajans and sing. In fact he asked them to sing him a Japanese spiritual song! They happily obliged and sang him a couple of beautiful songs with everyone joining in.

What had originally been planned as a 2 hour Satsang ended up lasting over 4 hours! Swamiji addressed many questions regarding Japan as a country and the role its people will serve in this new age of awakening. Swami said that the people of Japan should not forget their roots and should honour and uphold their rich culture. It has taught them many strong values that are very beneficial on the spiritual path. He said that Japan will serve as an example of discipline and dedication to the rest of the world. 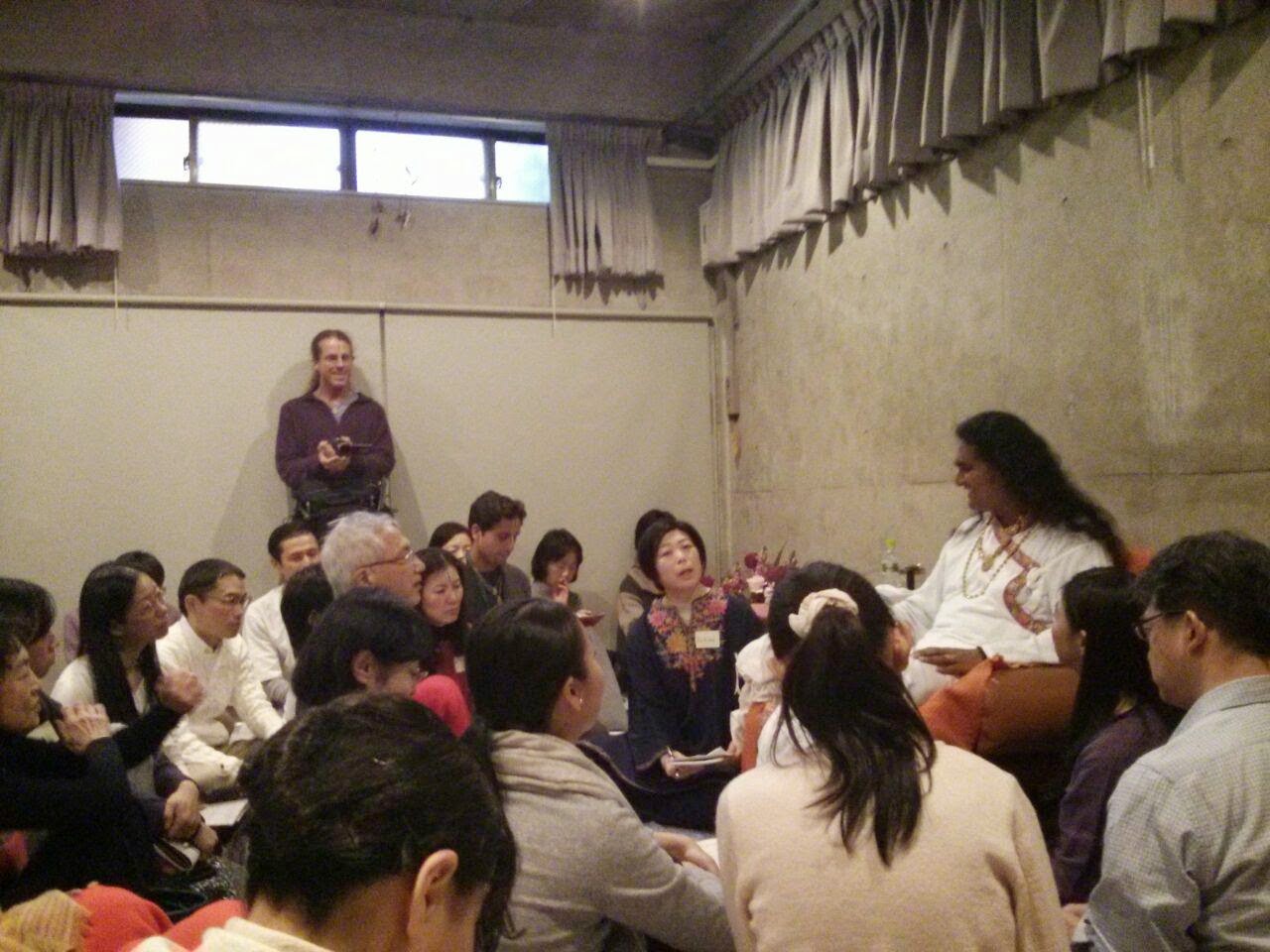 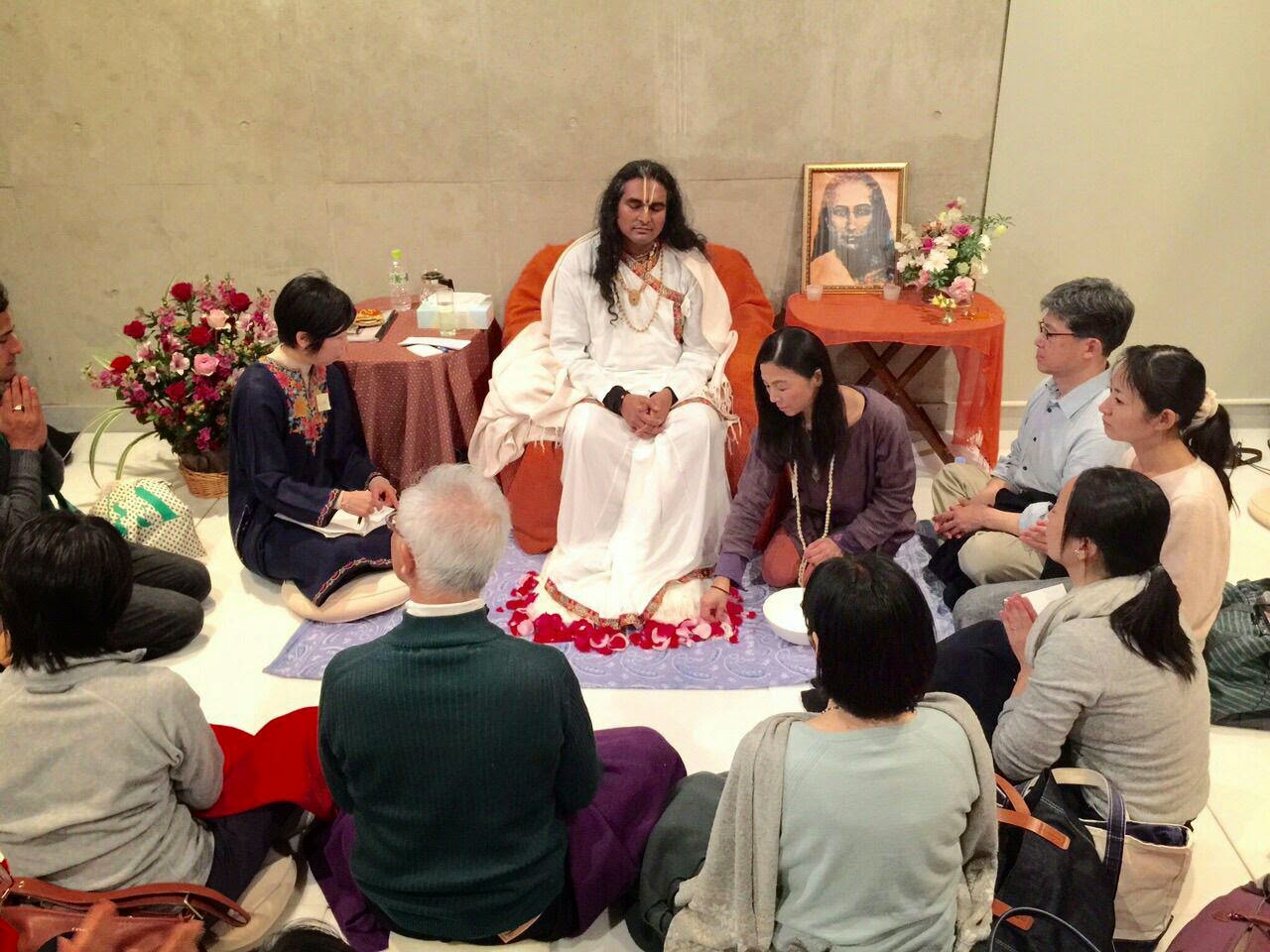 Later on a question came up about controlling one’s anger. Swamiji said that if we knew the amount of energy we waste in getting angry we would all think twice before giving in to our anger! It takes so much effort from our side to replenish all that lost energy! The key to overcoming our anger is choice. Swami reminded us that we all have a stage before the anger takes over in which we are given the choice whether to dive head-first into the drama of the situation or stay out of it. That choice is the key to our peace and transformation. 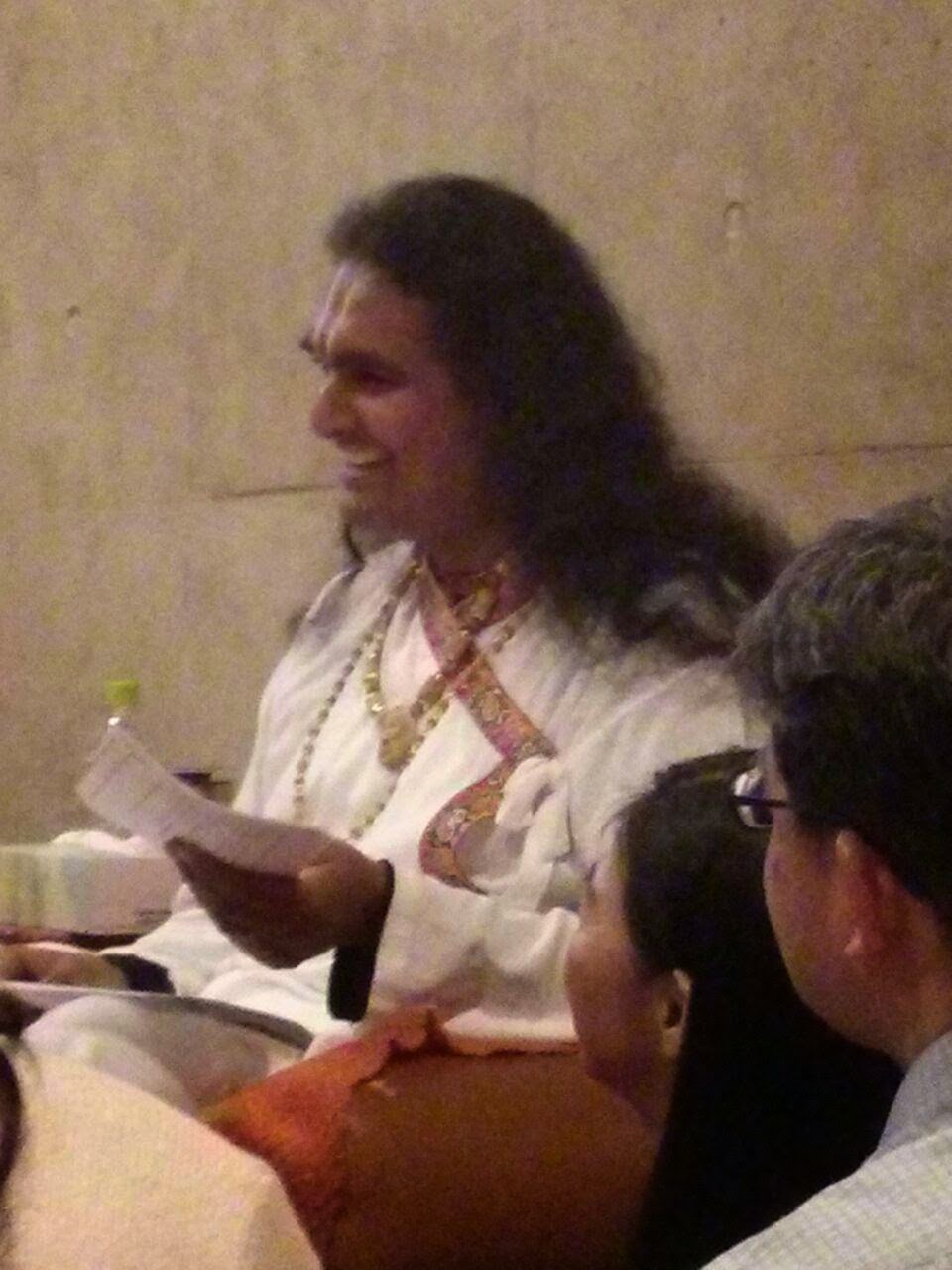 After the devotees gathered had received all the invaluable wisdom they could handle, Swamiji gathered with some devotees for dinner at a nearby Indian restaurant and spent plenty of time speaking to all the eager devotees and sharing his love with all of them. 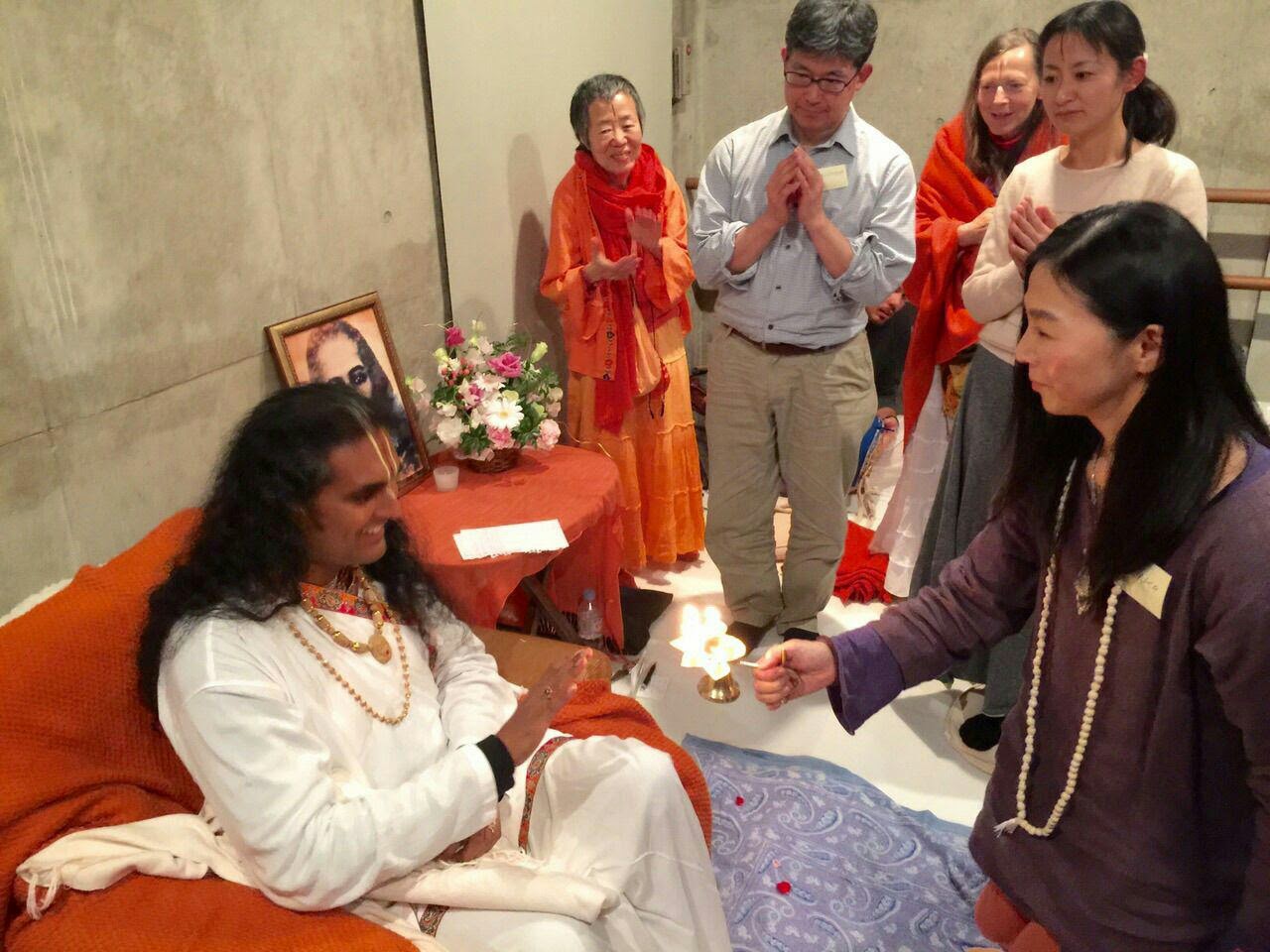 It was a long day but a hugely enjoyable one for all of us. The next day would take Swami and his entourage to the province of Nagano so stay tuned for the report of that hugely successful trip!
Eingestellt von Sanjayananda um 16:55
Email ThisBlogThis!Share to TwitterShare to FacebookShare to Pinterest
Newer Post Older Post Home