On Wednesday, 14 January Swami Vishwananda arrived in Japan, a country he wanted to visit already for a long time!

Together with Mira, Tandav ­Krishna and Nikhil He came to Tokyo Haneda airport and was greeted by Swamini Dayamati and some more devotees who were happy to see Him. 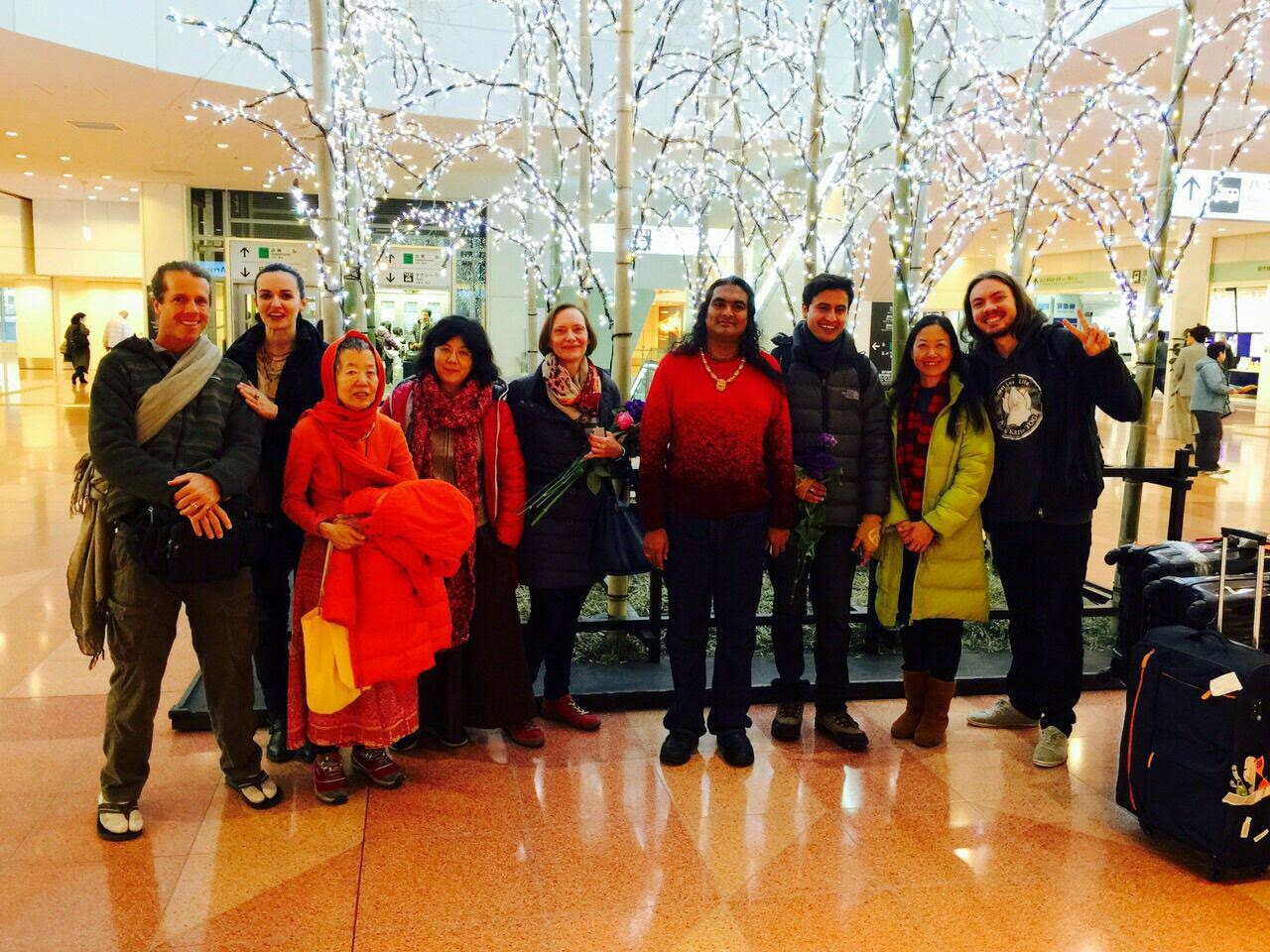 Swami was very excited to finally be in Japan and instead of taking the offered taxi, preferred to take the train to go to the hotel. 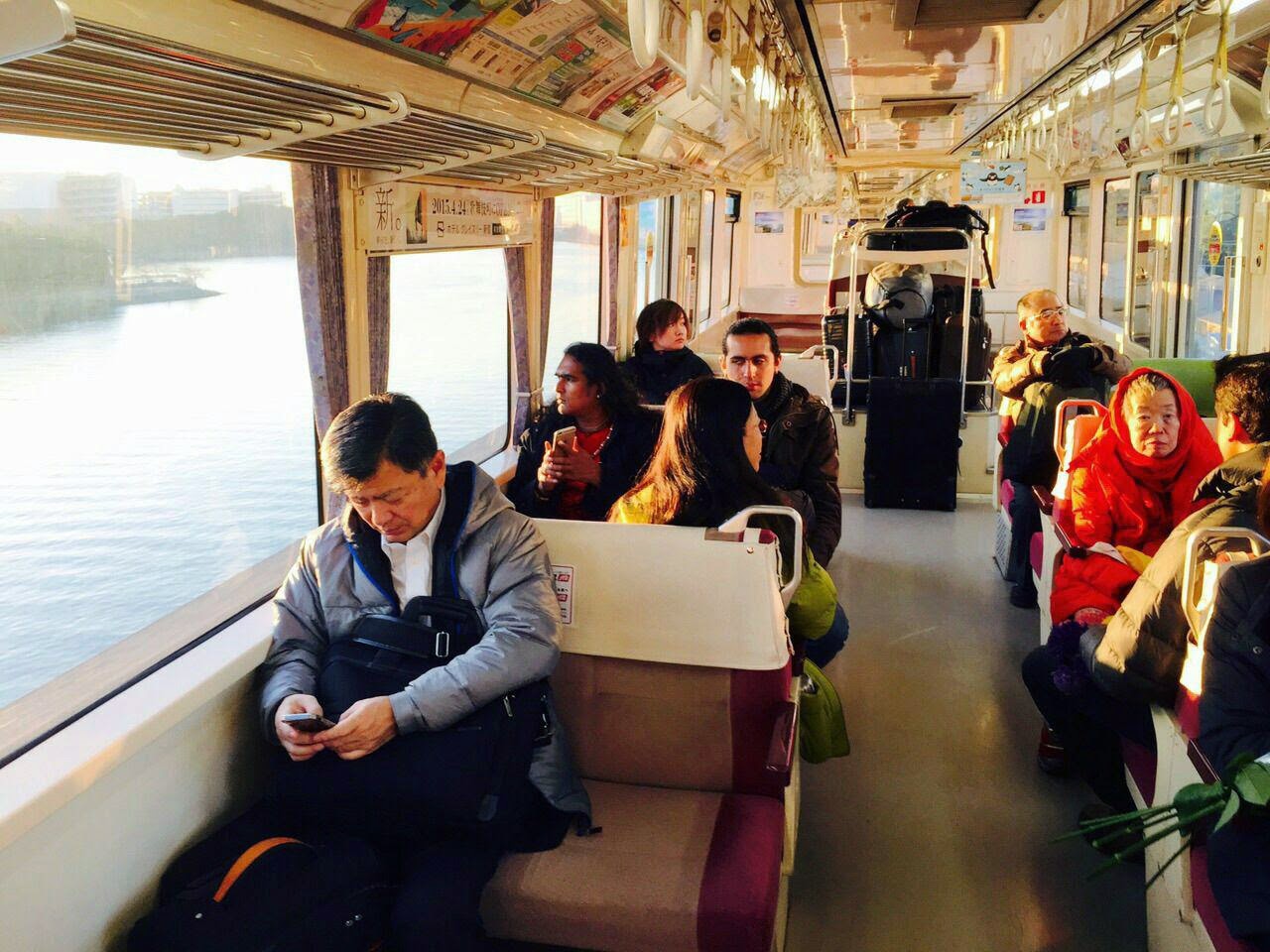 On the way He saw many japanese people wearing a mask in front of there mouth and wanted to know why they are doing so. It is not only to protect themselves of colds or maybe catching a virus but also to protect others from their illness. As the train ride went on, Swami wondered why the Japanese were not smiling and said, even while looking directly at them they wouldn't smile back... In a recent tweet He told about how smiling is good for us!

After He arrived at the hotel, He had breakfast with the devotees – we counted nine devotees from 8 different countries! China, Nepal, Switzerland, Brasil, Serbia, Germany, USA and of course Japan!


Looking at the people's here I can say spirituality is given only when u have a very very good karma n even more bless is 1 who have a guru
— Swami Vishwananda (@vishwananda) January 14, 2015

It amazing the Shinto culture of Japan is so similar to Hinduism as we have devas for each purpose they have Kami spirit just different name
— Swami Vishwananda (@vishwananda) January 14, 2015

If u read about #kami u will #understand the similarity in #culture which we #share about the #awareness of #oneself n the other #world
— Swami Vishwananda (@vishwananda) January 14, 2015

As we make pranapratistha they also when dedicating a temple they invoke the spirit into the shrine, they call #Narayan as #Amenominakanushi
— Swami Vishwananda (@vishwananda) January 14, 2015 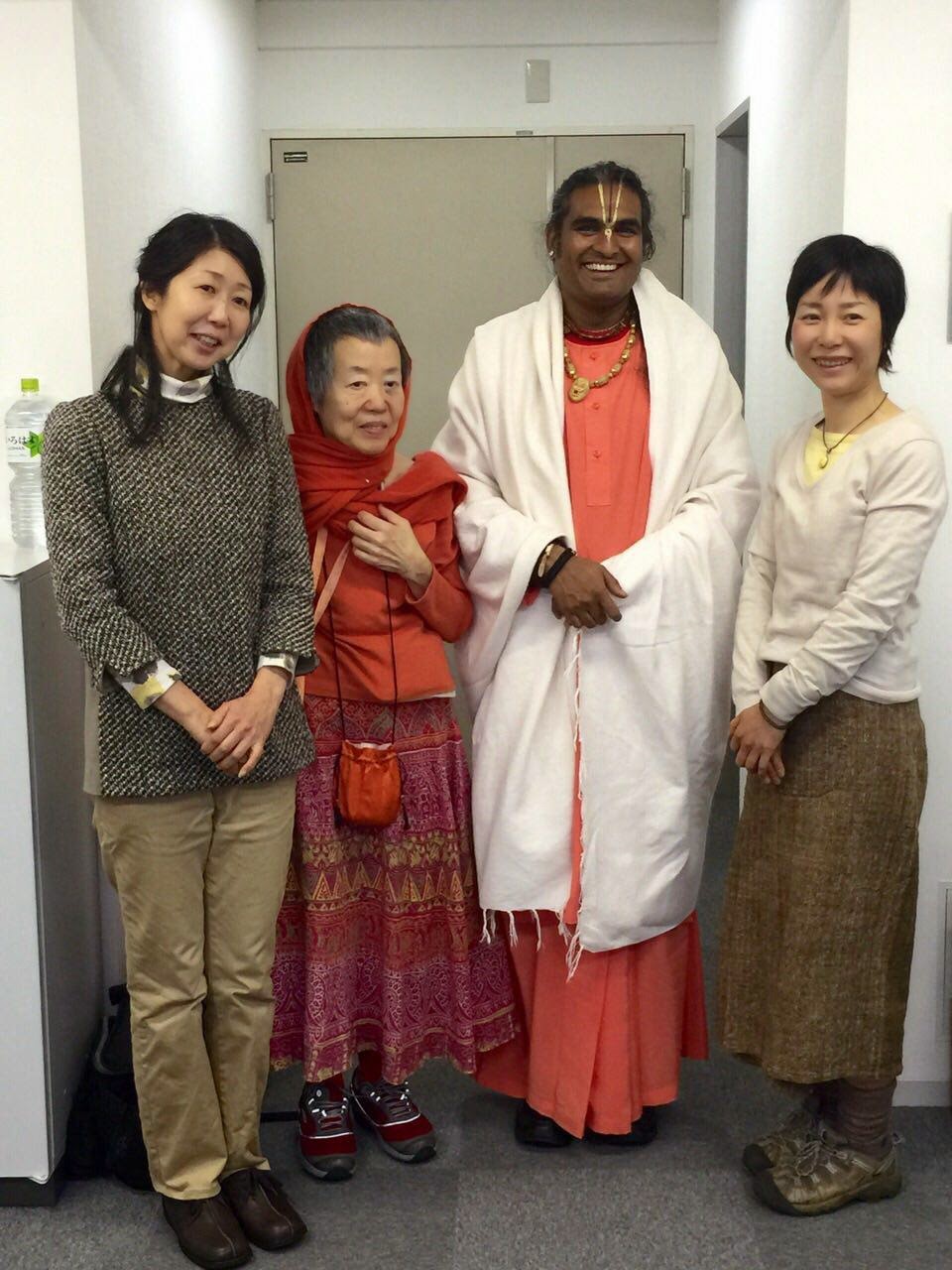 Here is the Facebook event page for the details of the Concert and Darshan with Swamiji tomorrow (January 16th). Make sure to invite your friends who live in Tokyo!