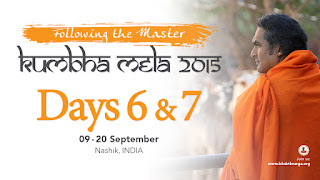 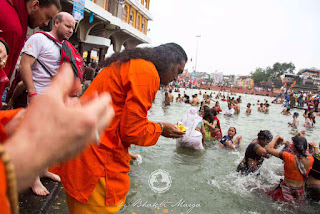 After an amazing day taking part in the bathing ceremony, the devotees spent the next few days sharing their experiences through Satsang and visiting saints. 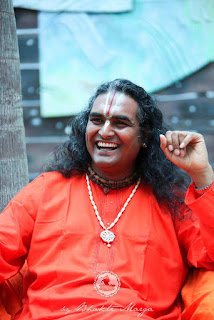 Sri Swami Vishwananda and Bhakti Marga were also featured in many magazines throughout the region. The Indian media are intrigued by the western pilgrims dressed in white, wearing tilaks and singing the Name of God. 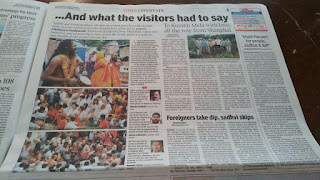 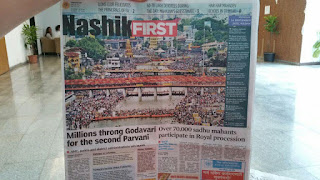 A very nice interview with Sri Swami Vishwananda was published in the spiritual section of the Sunday Times of India: http://www.speakingtree.in/a…/we-take-simplicity-for-granted 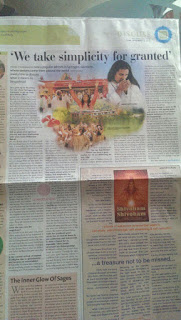 After the main bath, Swamiji also announced that he would be initiated as a Maha Mandeleshwar. More information about the spiritual significance of such an honor and the initiation will be presented
in the next blog. Stay tuned!

The morning after the bath was about sharing experiences regarding the snaan. Devotees related the feeling of unity with Swamiji and with themselves as a group. 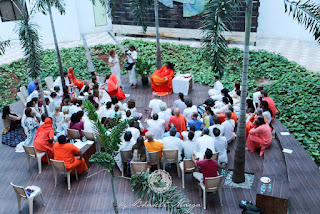 One of the pilgrims reported that “This is one of the most incredible days of my life, I’ll never forget it. The whole night singing bhajans with devotees, sadhus and spiritual teachers had a very strong energy. I just wanted to dance and sing for God, surrendering myself completely. It was fantastic to be greeted in such a nice way by the Indians, always smiling, praising the Name of Hari, offering flowers and light to us. To be together with all the devotees and with Swamiji in this experience was unforgettable.  The energy was really high, and going into the river with my Gurudev and brothers and sisters was an indescribable feeling. After that, everybody had a big smile.” 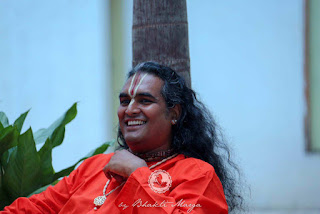 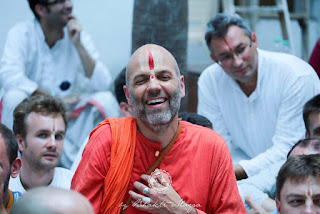 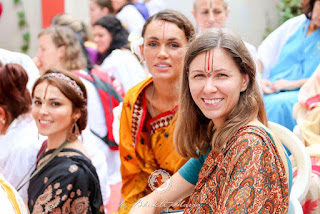 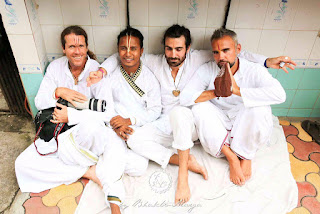 After the Satsang in the morning, Swami visited a few holy places. Here's an experience from one in the group:

"We visited the Kalaram Temple, which translation means 'Black Rama'. Swamiji gave a short Satsang inside the temple and said that Lord Rama spent some time at this place when he was in exile.

In this temple, the murtis of Lord Rama, Sita and Lakshman are black, and Guruji said that they were self-manifested. 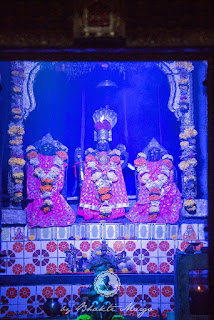 Next we went to a Shiva temple, where Guruji offered water to the Shiva lingam. The temple was small, but the pilgrims were invited to watch the arati, which Swamiji offered to the lingam. 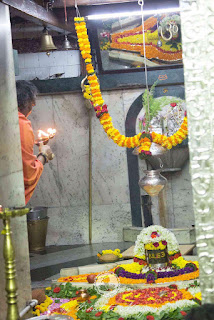 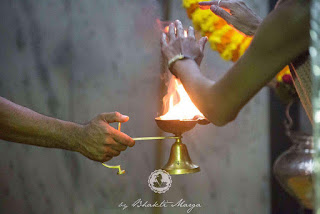 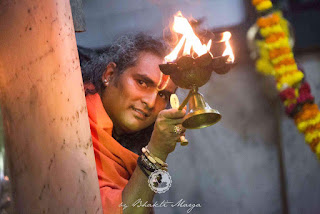 After that, we went to Mahant Santosh’s camp, were they received us with Prasad. Later our “Bhakti Sounds” musicians played some bhajans together with other musicians. The place was packed, with lots of Indians enjoying and dancing to the Harinam." 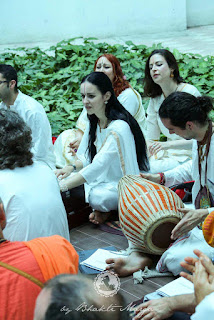