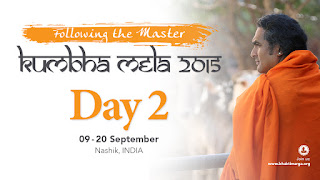 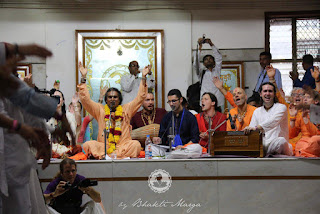 "Shirdi Sai Baba used to break all the barriers of religions that one can put in one's mind. He is a great example and a great saint, always humble. He gave and he is still giving so much to people." - Sri Swami Vishwananda

Day Two of the journey was spent in Shirdi singing bhajans and visiting saints. Walking through the temple of Shirdi Sai and the town as well, many were reminded that Shirdi Sai was both a Muslim and a Hindu. One important element of his mission was to reconcile these two religions and show the unity behind them; very similar to Sri Swami Vishwananda’s way of showing us the same, but through Hinduism and Christianity. 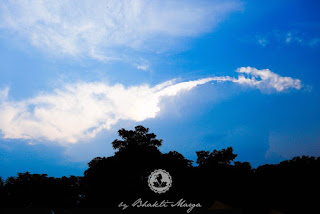 Sri Swami Vishwananda and the Bhakti Marga devotees where invited to sing bhajans (devotional songs) at the temple of Shirdi Sai. 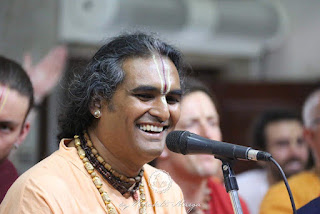 It was a beautiful and powerful experience. The traditionalists in the room were somewhat surprised by the Bhakti Marga style of dancing and singing. But soon everyone joined in and were singing and dancing with them all in the Name of the Divine. 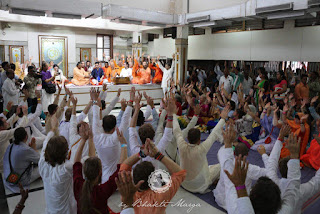 After the bhajans finished, Swamiji gave a few interviews to the media. Swamini Vishwamohini and Swami Paranthapa also gave interviews about the "Shirdi experience". 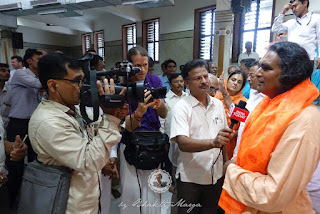 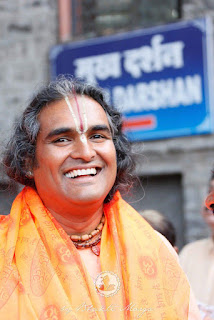 A variety of temples and saints were visited throughout the day. Here's a brief report from one in the group:

1. First, we went to a place where Baba had meditated for some time. This was the same place that he had sent Upasani Maharaja to do his sadhana as well. 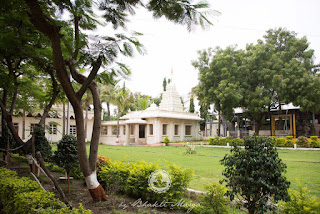 2. The second place we visited was the samadhi ashram of Chaval Baba, who was known for receiving a vision of Sai and afterwards becoming his disciple. They had an OM appear on the floor of the temple, an image of Sai appear on the wall of the dhyaan mandir (meditation room), and various other miracles still happen there on a regular basis. 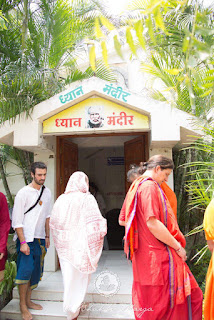 3. The last place was to see the samadhi of Ramdasi Baba. It was a lovely temple. One story says that Ramdasi chanted Sri Ram Jai Ram Jai Jai Ram as japam 200,000 times. When he finished his last mantra, a monkey jumped down from a tree and hugged the saint very tight. Then the monkey disappeared on the spot.  Jai Hanuman! 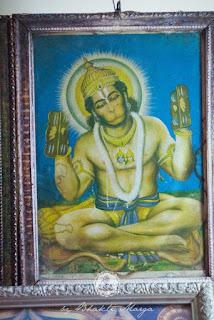 Travel Log: “The room was rocking, and it seemed like this kind of stuff didn’t happen as much as I would have expected it to. Once we really got going, it appeared as if the thick stone walls created a perfect sound chamber that gave the whole temple an aliveness to it. There was a tangible bliss that could be seen on people's faces. As Swamiji gazed in the direction of Shirdi Sai Baba's Maha Samadi, Swamiji revealed such a sweet aspect of himself to all the onlookers in the temple.” – Dimitiri, U.S.A 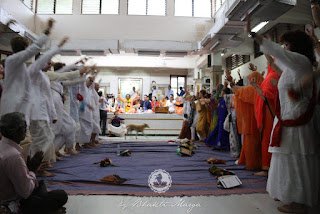