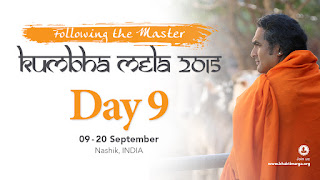 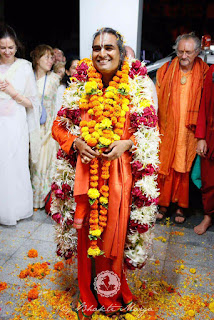 We are excited to announce the initiation of Sri Swami Vishwananda as a Mahamandaleshwar. He becomes the very first one from outside of India to be given this special title.

Mahamandaleshwar is a title used by Hindu monks. A person initiated as a Mahamandaleshwar has been elevated by his peers to the highest level of traditional Hindu spiritual guardianship. 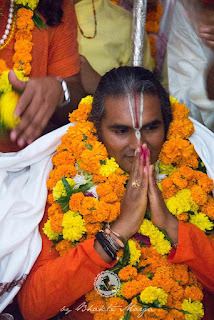 The Mahamandaleshwars are part of the Akhara system founded by Adi Shankaracharya as a way to preserve traditional Hindu practices from being lost or forgotten. Sri Swami Vishwananda will join the Nirmohi Akhara, which is a Vaishnava Akhara founded in the 1700s. 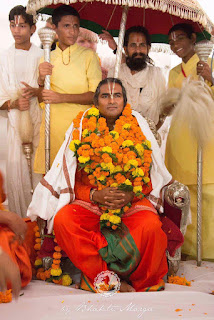 Within the Akhara, several sampradayas are represented, and we belong to the Sri Sampradaya founded by Sri Ramanuja Acharya. (It is important to know that even though Adi Shankarychara founded the Akhara system, belonging to an Akhara does not necessarily make us followers of him or his philosophy.)

The Times of India published a small article about Swami's initiation and the Bhakti Marga connection. Click here to read more:
http://timesofindia.indiatimes.com/city/nashik/Swami-Vishwananda-becomes-first-Mahamandaleshwar-from-outside-the-country/articleshow/49006144.cms

One participant told us about the day's activities and the initiation:

"Since today was Lord Ganesha's birthday, Guruji performed abishekam on Lord Ganesha and Giridhari in the morning. After the prayers, a yagna took place where everybody could make offerings to the holy fire. The celebration was followed by the offering of food and light (arati) to Lord Ganesha. The pilgrims took Darshan and Guruji led some bhajans, with people singing, clapping and dancing very enthusiastically." 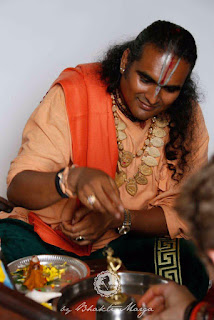 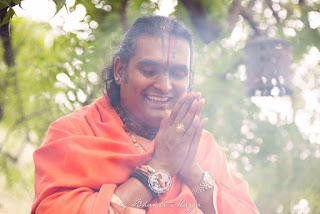 Gurudev enjoyed the morning and was in a playful mood and posed for photos. 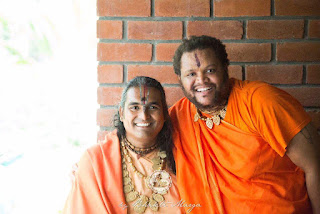 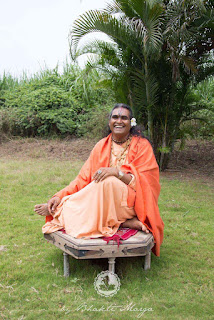 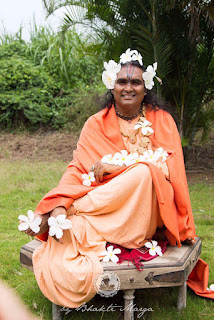 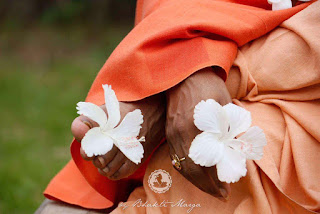 "In the evening, we made our way to the initiation of Guruji. The place was completely full, and a puja was conducted to Guruji, initiating him as a Mahamandaleshwar. After the initiation, Guruji and the group made our way back to the place we were staying."

A short video clip of the event was broadcast on Periscope. Periscope broadcasts normally last only 24 hours, so if you'd like to be notified of the future broadcasts, download the Periscope app, then click "Follow" on our profile page: https://www.periscope.tv/bhaktimarga108 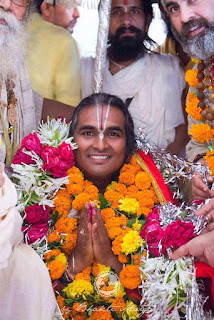 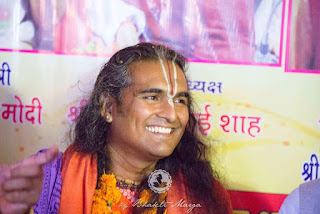 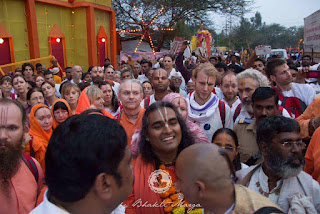 "When we arrived at the hotel, the group offered a beautiful garland and flowers to him celebrating the occasion. Guruji gave a small satsang, saying that he was really happy with the love shown by his devotees. Also, that if we want to attain God, we need to be humble. He cited Gandhi, saying that although he had the title of Mahatma, he kept humble, even though he could have been very proud of the title. The devotees listened very attentively." 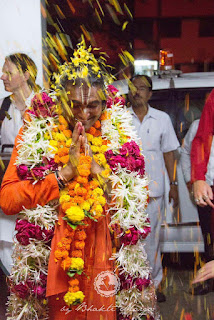 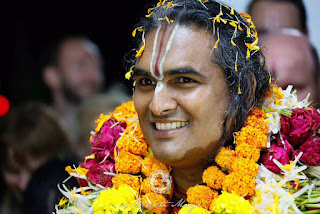 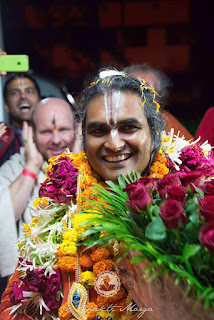 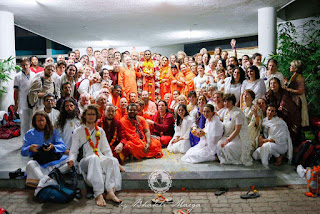 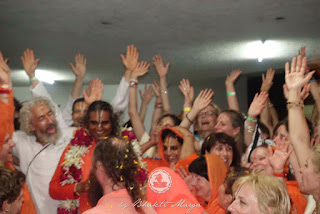 "We will have a few hours sleep now before setting off at 02:30 local time for the second main bath at the Kumbh."

"After the initiation we came back to our place and warmly greeted Guruji with garlands and flowers. Guruji also re-emphasised that humility is the most important quality to cultivate on the spiritual path. He also later repeated what he's been saying the whole trip: the faith that the people here have is beautiful." - Nilkrit, Brazil

Tomorrow should be quite exciting as the group takes part in the second dip. Stay tuned!