Sri Swami Vishwananda is on a darshan tour in the Balkans, to Maribor in Slovenia and then to Split, Croatia. 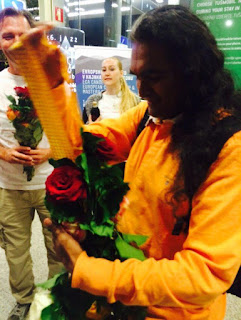 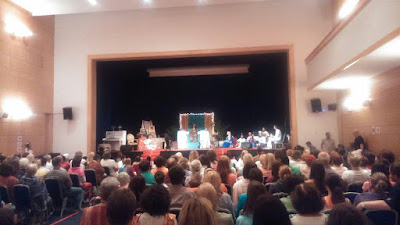 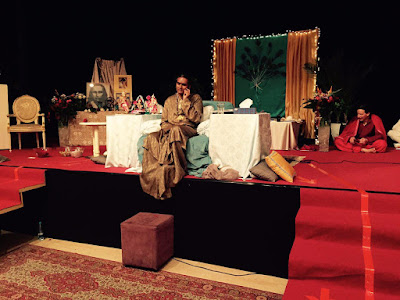 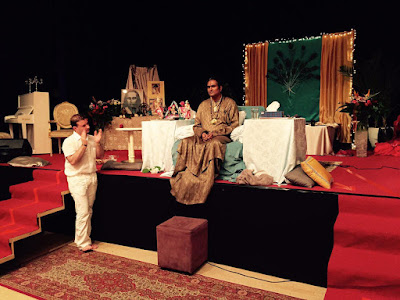 "Darshan in Slovenia began with a sweet Jai Radhe bhajan followed by a charming talk. People responded positively to his message of Love and chorused with great power even though many of them never heard bhajans before. People are very open. 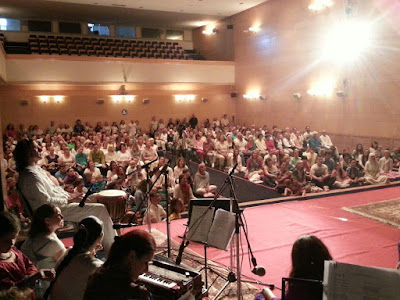 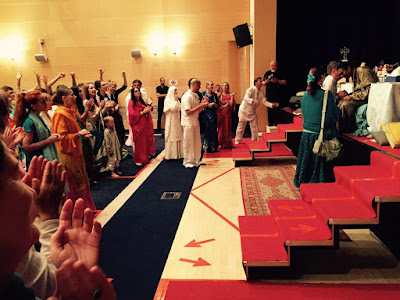 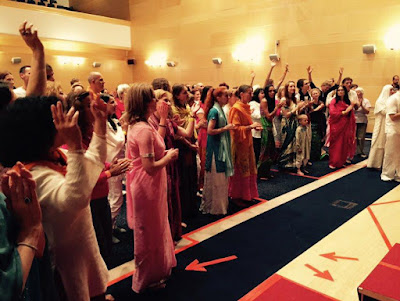 "There was a lovely and deeply touching interview just before darshan. The lady who interviewed Guruji was glowing with love. She was very touched with his person. Guruji was responding to her questions with so much love and personal attention to her and with a big smile of an innocent child." 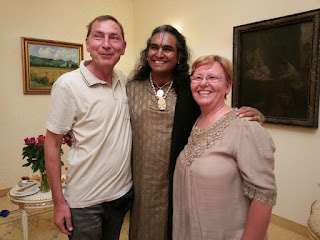 Many devotees from Hungary made the trip to be at the Darshan in Slovenia. Padmakshi tells their story: 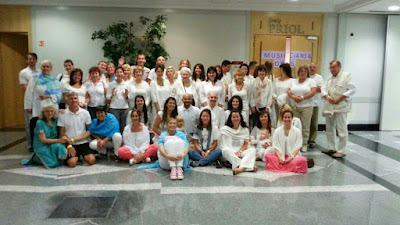 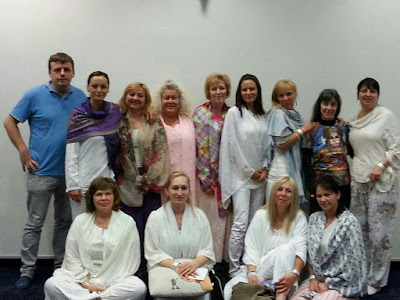 "As Guruji said at the beginning of the Darshan that His call for the souls is already planed for eons, we are very happy that so many followed this call from Hungary. Apart from Budapest also from different parts of the country 73 people came, arriving in groups by car.

Also a bus has arrived later. It broke down in Hungary but through his grace, the driver could drive the full packed bus to the next gasoline station where they waited for another bus to take them. Everyone was tired, but were happy after the darshan.

Also from Austria, from different parts of the country over 20 devotees and new people came: from Vienna around 15 persons and also from Graz, Villach, Innsbruck and East Tirol. Jai Guruji!" 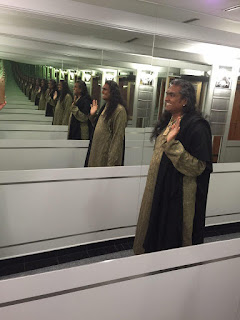 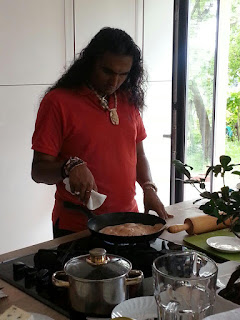 Here's Chaturananda again: "Guruji making chapattis and explaining the meaning of the Gopi Gita (which he wants us to sing for Shreemad Bhagavatam course in August-September). "Go" means all our senses, and "Pi" means surrender and absorption. So "Gopi" means the surrender all the senses to the Divine. 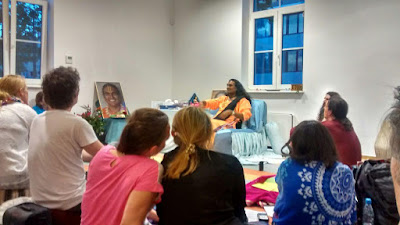 "Guruji gave very inspiring satsang to about 18 Slovenian devotees. It was very intimate atmosphere and the questions they asked inspired Guruji to answer all of them at length.

"It was much different from the satsangs Guruji gives to the public. He answered devotees' question with clarity and depth. They soaked every word with gratitude and love. 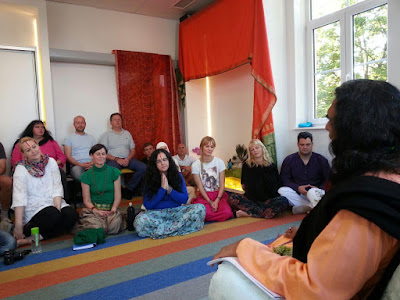 He was also very relaxed. He started satsang with 'Mere To Giridhar Gopal Dusro Na Koi', a bhajan by Mirabhai and he explained the meaning."

Next in the Balkan darshan tour is Split, Croatia, for two darshans this Friday and Saturday! 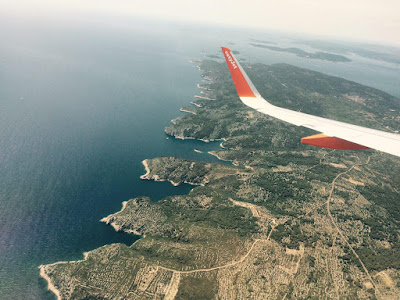