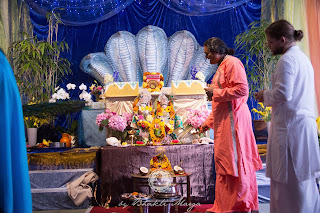 The first day of the Shreemad Bhagavatam course started with an introduction on the holy book itself.

After opening prayers, including a yagna and an abishekam to Swami's personal deities, Swamiji opened the course by telling the participants about the greatness of the Shreemad Bhagavatam, and the simple power it contains to help one advance to God-realisation quickly and easily.

As you have seen, the Bhagavatam is mostly stories. In the beginning, there are different stories of virtuous kings who have lived in the world, who have done their duty, but they have also attained the Lord. Which shows that, if one does one’s duty properly, it is very possible in one life to attain God. 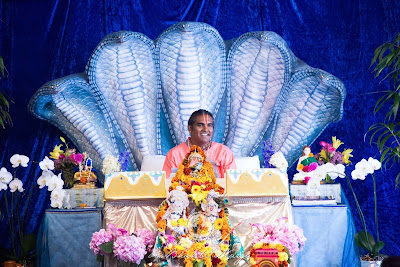 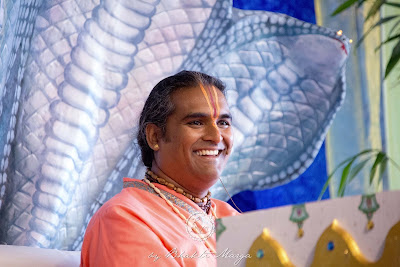 The Shreemad Bhagavatam is itself a simplified version of all the other scriptures which Veda Vyasa had worked on sharing with the world - the Vedas, the Upanishads, the Puranas, the Ramayana, and the Mahabharata. Yet, despite its simplicity, the Shreemad Bhagavatam contains the essence of the Lord Himself. Swamiji explained this to the course participants:

It’s not just the reading of Bhagavatam that will free you, but even hearing the glories—the pastimes of the Lord—will free you. What power that has! That's why it is said that the Bhagavatam is the Lord Himself. 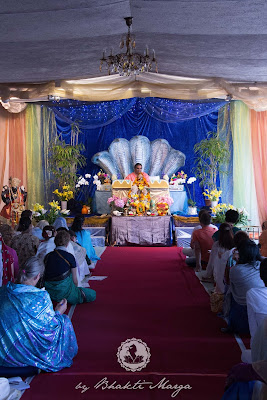 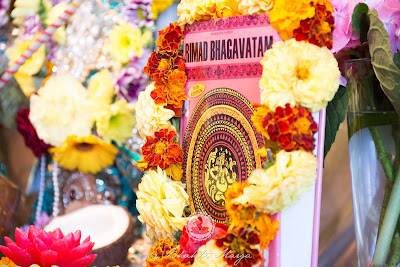 When we go through it, you will see the different stories Vyasa Dev put together, and how the Bhagavatam came to be written. It is not something to understand with the mind. It is something that you have to feel, because each story is the story of each person, each of you. It is a story of bhakti itself, how to awaken devotion, and how to surrender to the Lord.

The Bhagavatam is considered one of the main books for the Vaishnava. All the Puranas are inside it. Very often they say, “Oh, you know, the Vedas are the best of all“ because all the other Sampradyas refer to the Veda as the Ultimate, no? Of course the Veda is the ultimate, but there is no difference between it and all these. No difference from the Puranas, no difference from the Bhagavatam. It's just that when Vyasa Dev compiled the Vedas, he wanted to simplify it and make it much easier for people. 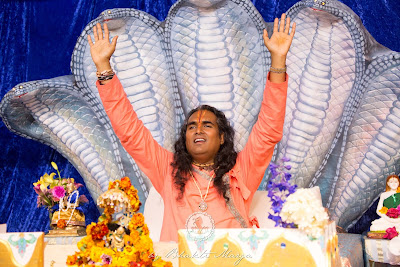 Because of the great ability of this book to purify a person's spirit, Swamiji shared that there is no 'wrong' way to read it - that any time reading it is a good time, any place is perfect. That one can read it in an angry mood, in a joyful mood - it doesn't matter. The reading of the Shreemad Bhagavatam will bring a positive result. 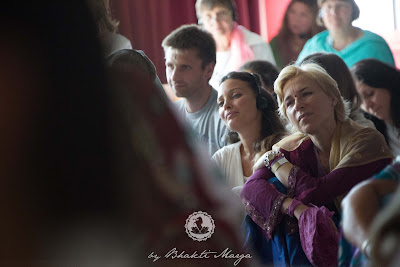 In the course it was clear how easy such a path to freedom would be - Swamiji was talking, and all we had to do was listen and enjoy!

We look forward to sharing excerpts of this auspicious course with Sri Swami Vishwananda with you as this week goes by.

Often people say, “Oh, no, no, this life is too short to attain the Lord.” But you see all the kings in the Bhagavatam. Of course, they had good punya, you know, they had good merits from past lives which brought them to where they were. In the same way, all of you are seated here hearing the Bhagavatam, and for sure you have good punya. 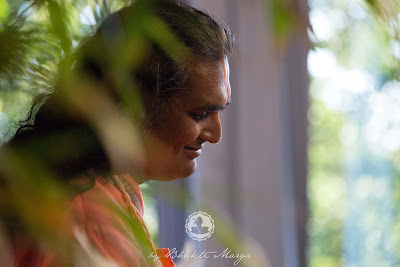