How can Sri Swami Vishwananda dissolve the ego with His Love? 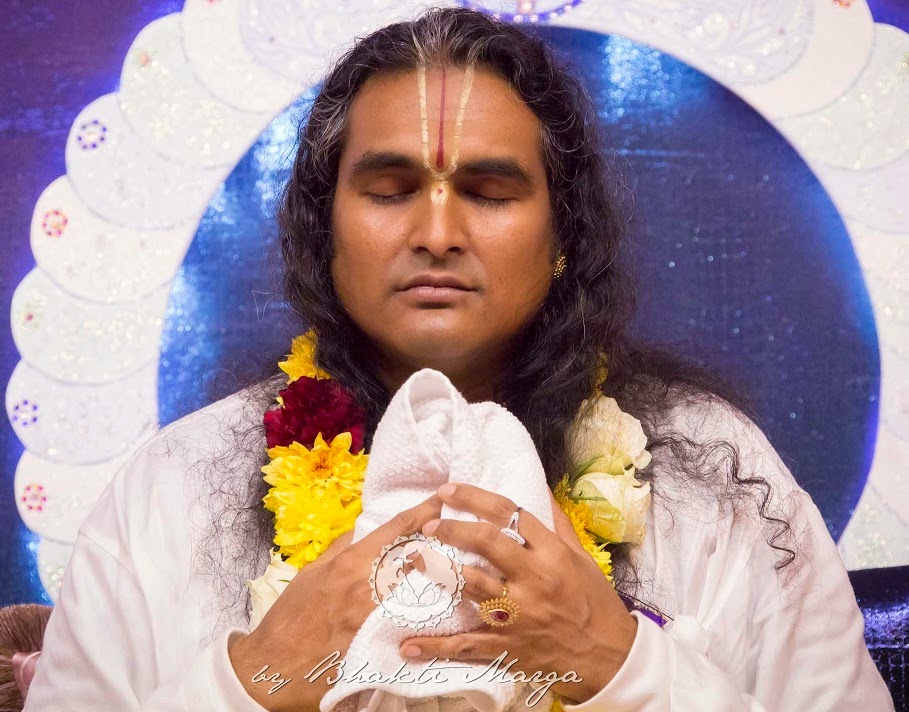 During the Darshan of Sri Swami Vishwananda which took place on the 22nd February, at Shree Peetha Nilaya, two residents of Shree Peetha Nilaya talked about their experiences with Swamiji. The main issue was about how to see the Love of the Guru in everything He does, in particular when He scolds us. Below, you can read one of these testimonies.

Sri Swami Vishwananda has said several times, “The Love of God is present in your heart always, but what covers it is the dust of arrogance, pride, ego. All these cover this Light of God.” (JL2, p. 42)


Only a Self-realised Guru can help one to transcend the arrogance, pride, ego and develop true humility. Throughout this month of February, Swamiji sent us several messages via Twitter reminding us of this wonderful truth:

“Life becomes simple if one cultivates humility, discrimination and friendliness toward all and less will be the ego, pride and arrogance, etc...”

“With the help of the Guru, He makes all easy for the disciple to go on the path smoothly and easy as He takes upon Himself the major part.”

“The great ones realised that by bowing down to the Guru they become humble, meek and the ego is dispelled from their mind and their heart feels bliss.”

“If the Guru scolds you, you should feel great happiness as He considers you to be close to Him and He's well concerned about you and cares for your Realisation.” 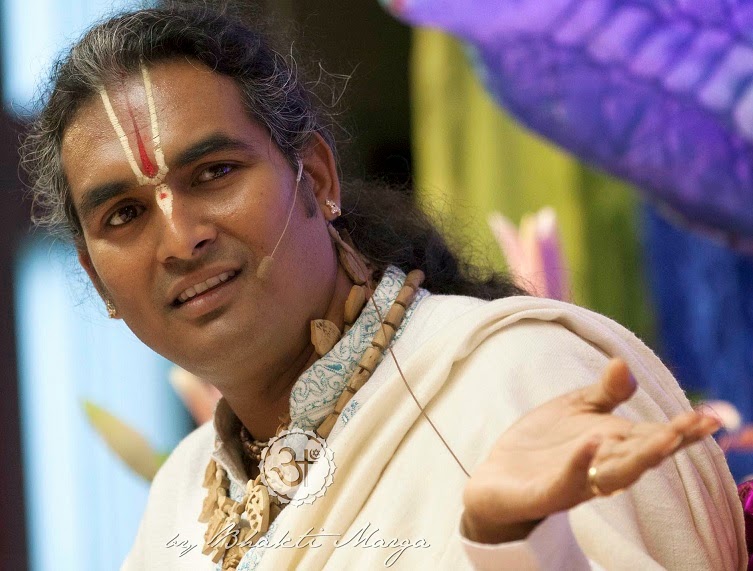 Some years ago when I decided to give myself to the Guru, took a coconut and brought it to an interview with Guruji (Sri Swami Vishwananda).

While I was walking towards the temple, where the interviews with Guruji were taking place, I met Ruchita on the way and she said, “What are you doing?”

I answered, “I have an interview with Guruji and I'm going to give Him my life.”

She asked, “What about this coconut?”

I said, “You don't know anything! This coconut symbolizes the ego and if you go to a Master you bring Him the coconut to show, 'I'm giving You my ego'. And I want to tell Him, 'I want You to destroy my ego!'"

She looked at me and said, “Why? Destroying your ego? Do you know what you are asking for? I would ask Him, ‘Please, could you dissolve my ego in love?’”

And I thought, “Hmm, yeah, it sounds good!” The effect is the same, but it sounds more smooth, more easy going. When I showed Guruji the coconut, He looked at me and asked, “What is it?” I said, “Guruji, I would like you to dissolve my ego in love.” He took the coconut, accept it and I was thinking, “Cool! I'm going to have an easy life, because all what He's going to do is to love me. He is not destroying anything, so it's going to be smooth, easy going.” I was, actually, wondering how He was going to do that; how could He dissolve the ego in love.

But He accepted, so I thought that He must have His ways. I would like to tell you two stories which are related to this Master's ability of destroying the ego with love. 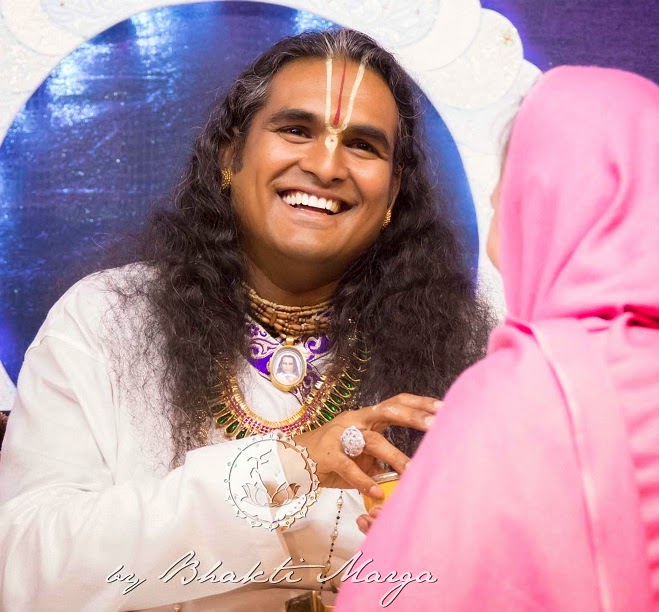 St. Parthenius of Chios was a great saint in the island of Chios. He had a disciple who was a former sailor.

He was a rough person when he decided to give his life to the Guru, St. Parthenius. At the beginning he was very motivated, but soon the motivation faded away. Everybody of us know that. New broom brooms quite nicely, but more you get into the routine it becomes more and more difficult.

So, he got quite upset when St. Parthenius was giving him advices or when he scolded him. But this student was so short-tempered that he lost control and once slapped St. Parthenius's face. St. Parthenius was already very old at that time so fell unconscious on the floor. After that, out of guilt and shame the disciple left.

When St. Parthenius came to his senses, the first thing he did was to look for the student who had just knocked him down. He went looking for him all over the island of Chios and when he finally found him, he ran away from St. Parthenius. St. Parthenius ran after him saying, “Please stop, please stop! Stay here!”

It was obvious St. Parthenius knew that he was going to pass away, because such an insult to the Master doesn't stay without any consequences. But through the grace of his teacher, he was forgiven, he got the love from his teacher and once he passed away he was saved from, let's say, hell and attained the Kingdom of God through the prayers of this saint. 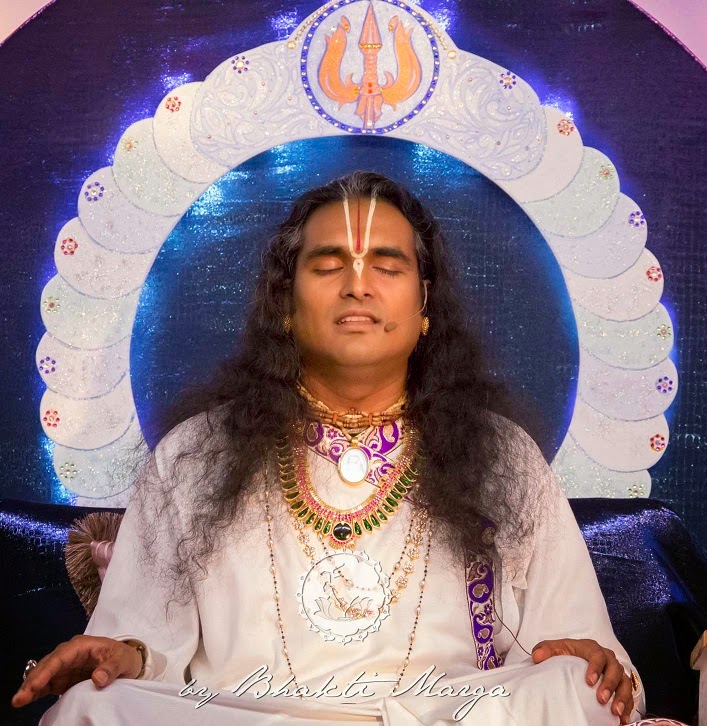 There is also a very nice story in Hinduism, when all the rishis, all the great sages were gathering for a yagna, a sacrificial fire and they were wondering, “Who is worthy to be worshipped by us?”

So, sage Bhrigu said, “I'm going to find out who is worthy of our worship.”

First he went to Brahma Loka. He purposely provoked Brahma, his own father, who immediately became angry. Bhrigu cursed Brahma that he would never be worshipped on Earth. And, in fact, there's only one temple in whole the world for Brahma.

So, the angry sage left and went to Shiva Loka, to Kailash. As Shiva was having some quality time with Parvati, Bhrigu was not welcomed. He got very angry and also cursed Shiva that he would only be worshipped in the form of a Lingam and never in his true aspect. Shiva also accepted the curse.

Afterwards, he went to Vaikunta, to Vishnu Loka. When he arrived there, he saw Mahavishnu laying there on Adhishesh and nobody welcomed this great sage. The sage being very proud of himself and of his achievements thought, “What's going on? I'm here! You should honour me!” In the Hindu tradition when a sage comes to a place, people have to honour him. If you don't even notice him, that's an insult.

So, what did Bhrigu do? He was so furious that he went up to Mahavishnu and kicked His chest with his foot. What was Mahavishnu's reaction? Instead of shouting at him, He said, “Oh, great sage, I'm so sorry! I didn't noticed that you were here! I apologise for not having welcomed you! Oh my God, you had even to kick my hard chest with your soft feet. You probably have hurt yourself. Come here!”

So, He bowed down to the sage saying, “Let me see your foot!” And He started to press the foot of this sage. And Bhrigu, who at first was thinking, “Yeah, that's right! You should apologise to me!” But when he saw the Lord of Lords Himself kneeling in front of him, pressing his feet, giving him love, something changed in Bhrigu's heart. He felt this love which came from God, he regretted for his deeds and started to cry. Finally, he fell at Mahavishnu's Feet. In these two stories, from two different traditions, we can see how God and the Guru breaks the ego very easily with love. 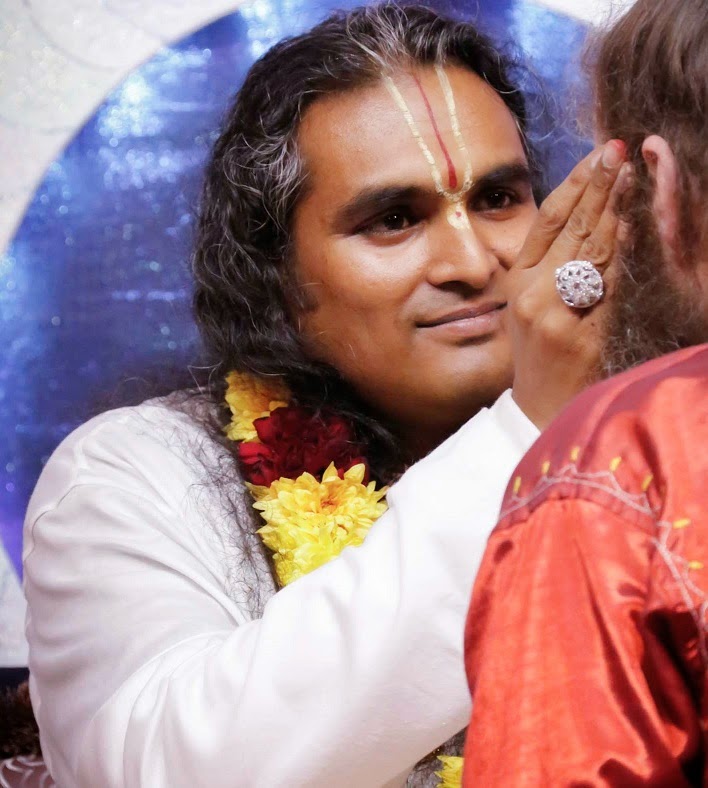 So, how many times have I nourished this anger, this frustration and have gone into it, and even criticise in my mind His actions, His words? How many times has this happened to you?

Aren't these thoughts and actions, indirectly, a slap in the face of the Guru, who doesn't want anything else but awaken the Love in you? Like the devotee of Parthenius did.

How many times have you felt ignored? How does it feel to be ignored? What does this make inside of you? How often have I then followed this jealousy, which awakes inside, and gossip. We start to judge the others and think, “Why he? Why she, why not me? He didn't even look at me. This person has got so much...”

Has that not happened to all of you or most of you, at least those who know Him and those who long for His Love? And has this not created jealousy and negativity inside of you?

I can talk for myself; it happens over and over again and I'm so sad about it, because somehow I'm kicking all His teachings with my feet. Love is all He is and gives.

I pray that this is going to be very soon and I also pray that by His Grace we all may attain this pure eternal Love for Him and for God and that we can surrender completely at His Lotus Feet. Thus, like this, I see more and more how He dissolves my ego with Love.