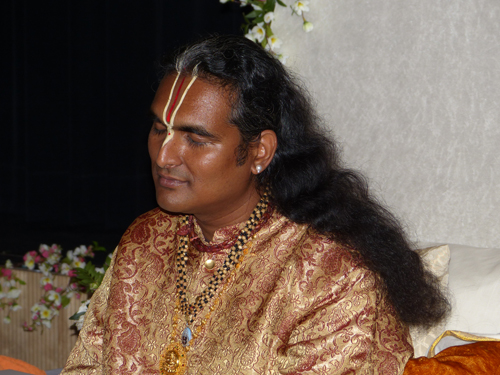 After more then 2 years Swami is visiting Switzerland again. First stop on the Darshan Tour was Rheinfelden (near Basel). The Darshan took place in a beautiful hall on the shores of river Rhine. 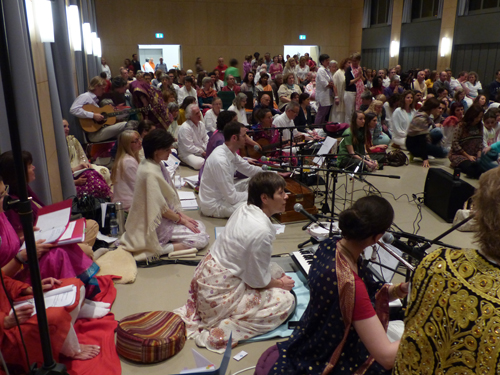 As usually at the beginning of a darshan Swami sang a bhajan, but realized soon that it wasn't so easy for the approximately 350 persons to sing along. Swami decided then to sing a simpler Radhe Krishna bhajan. He explained that Radharani, the eternal consort of Lord Krishna, is the manifestation of devotion within everyone of us. She is seated deep in everyone's heart, also in the animals.

To illustrate this Swami told us a story. It was about a sage who traveled with his disciples around and gave satsangs on the Bhagavatam. Where ever he went there came lots of people to listen to him. One day they were in a remote place and the master said: "Today we are going to the forest and give satsang." The disciples were shocked because to whom he wanted to give satsang, and the more the forest was known for its wild animals and thieves. But the master was determined to give satsang in the forest, to the animals and not to the people. 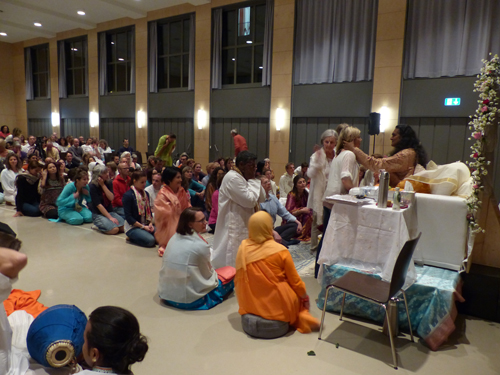 The master left it to the disciples to come along. But of course they didn't let him go alone. They went with him and thought by themselves that, if they would die in the forest with the master, it would be blessing. 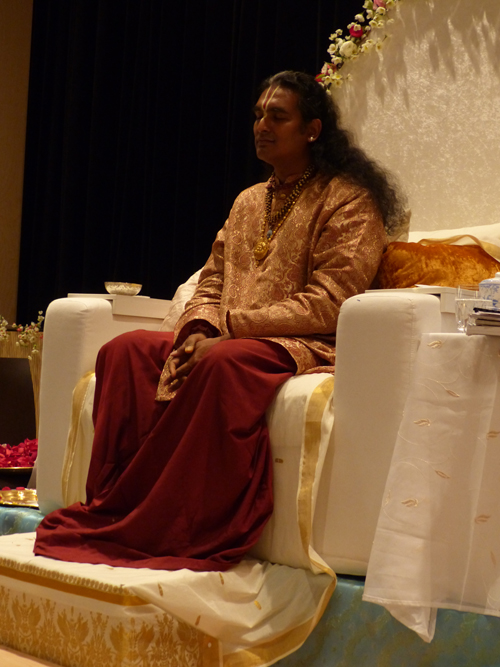 They went into the forest and the master started to read the Gita. In this moment they heard a roar and a tiger emerged from the forest. The disciples got shocked and thought that this was it, that their lives would be finished now. 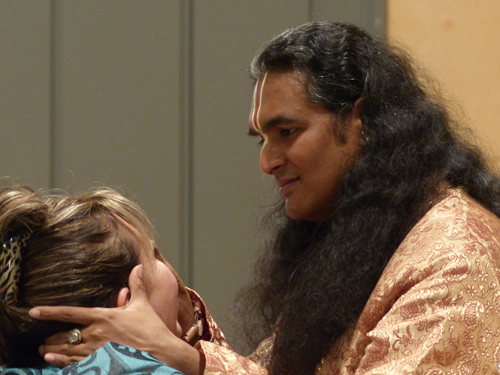 But the master stood up and went to tiger, pet the tiger on his head and whispered the Guru mantra in his ear which he had him given in a previous life. The tiger didn't know about that, but the Guru knew. The moment the Guru whispered the mantra in the tiger's ear, the tiger remembered, bowed down and big tears run from his eyes. And big tears were flowing from the master's eyes. Such is the relationship between the master and the disciple. Not just in one live, but in many lives. Even if the disciple has fallen on the level of an animal, it is the Guru's duty to remind him the aim of life. Here the Guru reminded him the meaning of the Divine Names. By chanting the Divine Names the mind is cleansed from the impurities. Like Krishna says in the Gita: "The one who's consciousness is clear will reach Me." 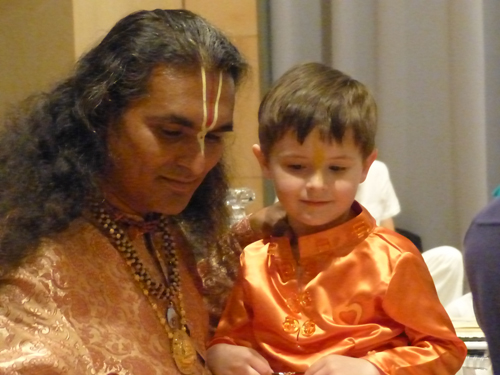 Swami told two more stories to illustrate the meaning and the greatness of pure love and devotion to the Divine. Because if one loves God truly, the heart of God is with the devotee and the heart of the devotee is with God. 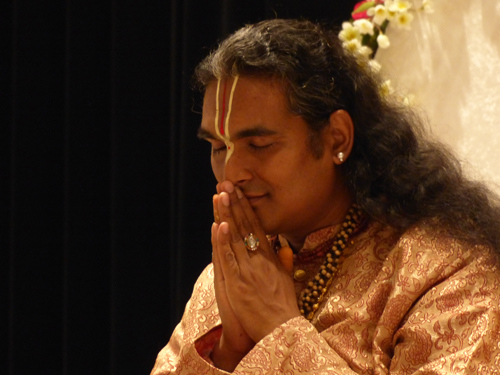 Afterwards Swami asked everyone to sing along with him, no matter whether their voice is beautiful or not. Because God is happy about the love in our hearts. Swami began singing a Radhe Krishna Bhajan and shortly after started with the darshan, which went on till 0.30 a.m. 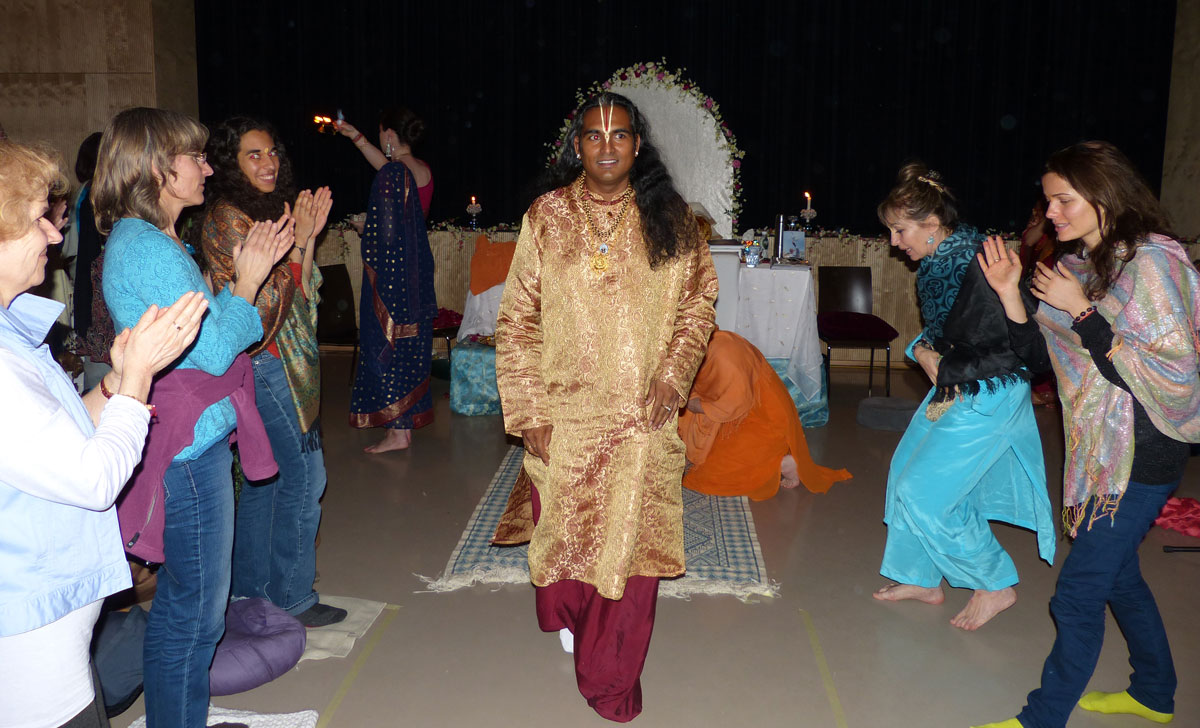