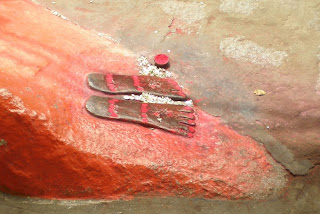 The next stop of the tour with Swami Vishwananda was at Mantralayam, a city on the banks of the river Tungabhadra on the way back to Hyderabad. 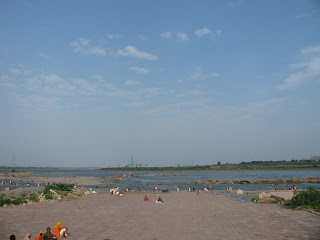 Mantralyam is a Hindu religious place where the Moola Brindavanam of Sri Guru Raghavendra Swamy is located. 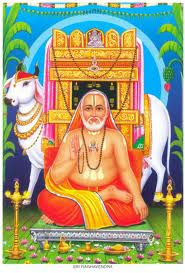 Sri Guru Raghavendra Swamy, (1601-1671), was an influential saint in Hinduism. He advocated Vaishnavism (i.e. worship of Vishnu as the supreme God) and Dvaita philosophy advocated by Sri Madhavacharya. 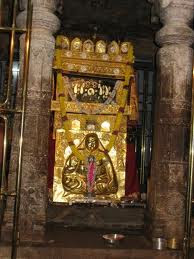 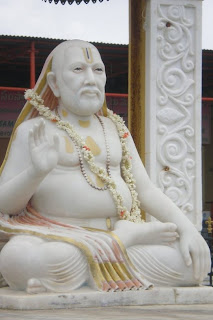 He is considered to be a reincarnation of Lord Rama and Sri Krishna. Shri Raghavendra Swamy is said to have performed many miracles during his lifetime and is believed to continue to bless his devotees to this day and will continue to do so.
His devotees sing this Stotra every day.
Eingestellt von Unknown um 08:15
Email ThisBlogThis!Share to TwitterShare to FacebookShare to Pinterest
Labels: Pilgrimage with Swami Vishwananda
Newer Post Older Post Home