We arrived in Mauritius in the early morning on Wednesday, after an overnight flight to the Port Louis airport. We were welcomed by the island in the middle of a hot and humid summer - a big change from the German winter we just traveled from. 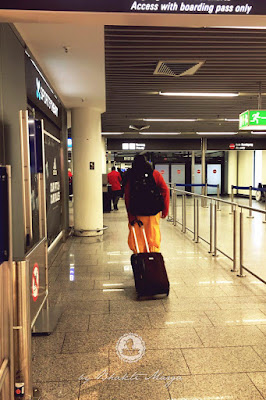 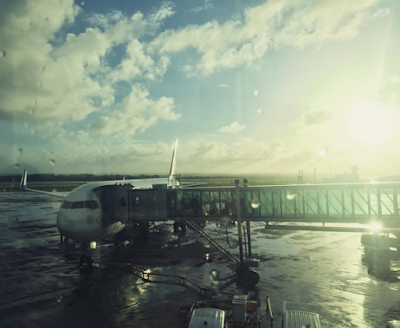 After going through customs, we were met by many devotees who came to welcome Guruji back to his childhood home. They gave Guruji a garland, and exchanged warm hellos. 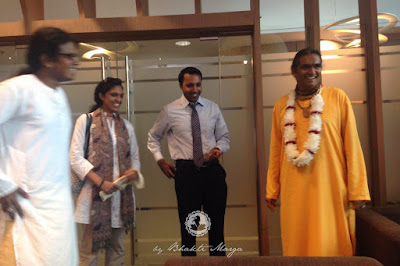 We drove from Port Louis to the Sri Ranganath Mandir in Rose Hill. The island is stunning - tropical climates and regular rains makes for a very green landscape, and the mountains spread throughout the island are strikingly beautiful. We saw many posters throughout the drive announcing Guruji's tour of darshans and satsangs. 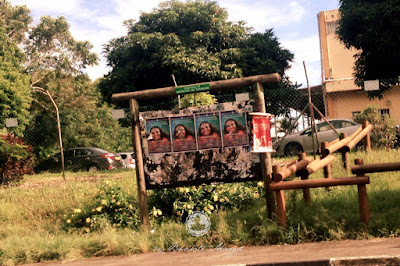 After one hour's drive through sugar cane fields and cities, we arrived at the Sri Ranganath Mandir - the first Mandir which Guruji established. Devotees had prepared a welcome for him, with a Guru puja, a hand-painted banner, and a surprise of fireworks. 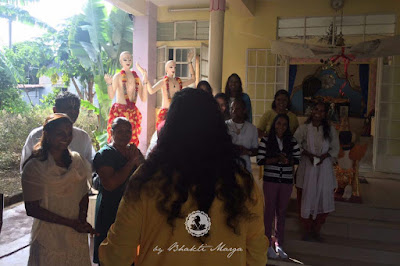 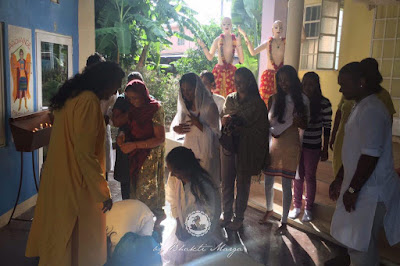 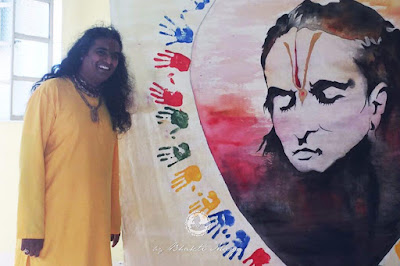 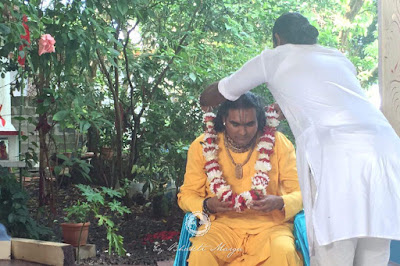 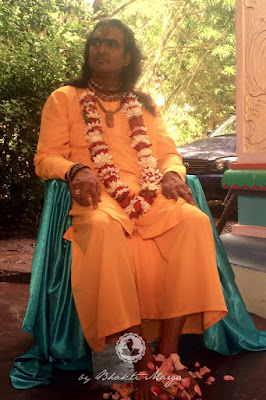 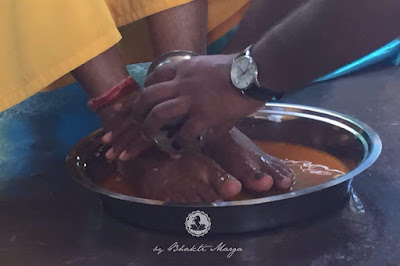 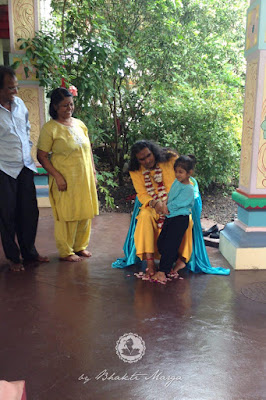 We said hello to the deities of the Mandir - Sri Ranganath (Lakshmi-Narayan reclining on Adishesh), Radha Krishna and Balaram, Shirdi Sai, Ugra Narasimha, many murtis of Durga, and a grand Shiva lingam at the entrance. We then got to see the house and room that Guruji grew up in.

Guruji's room is now filled wall-to-wall with murtis and posters of different forms of the Divine. Some of them have vibhuti manifesting from them, and one murti of Krishna stands in a bowl filled with manifested oil, which is said to become liquid only when Guruji is on the island. 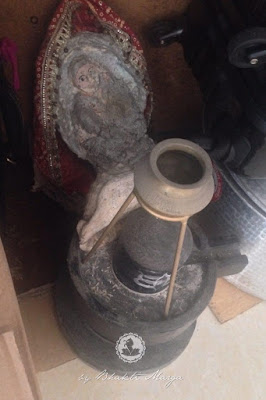 The garden of the mandir is full of huge Tulsi plants, which give off a beautiful strong perfume.

While we were getting the tour, we heard a story about the Shiva lingam at the entrance of the mandir. 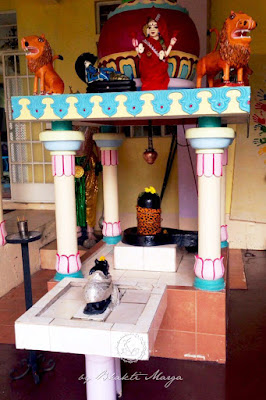 The story goes that a couple of local matajis visited the Sri Ranganath mandir while it was closed, but felt a strong desire to worship. They saw the Shiva lingam outside the entrance of the Mandir, and went to do a puja to it. While they started praying, an old man walked to the entrance of the mandir, and watched them from afar.

As they started doing the puja they noticed a strange event. While they offered water to the Shiva lingam, the man watching at the entrance got wet. One of the matajis noticed this, and thought that the man was peeing himself. His clothes were getting wet, on a sunny day - what else would be the reason?

The matajis continued praying, and, in the course of the puja, offered a flower to the Shiva lingam - but it disappeared.

Looking around, they saw that the flowers had appeared somewhere else - at the feet of the man at the entrance.

Realising who this man really was, the women were shocked, and looked at the man in awe and reverence. The man raised his hand in a blessing, and then disappeared.

In the evening, devotees gathered in the mandir for an abishekam and puja for Giridhari and Guruji's personal murties. 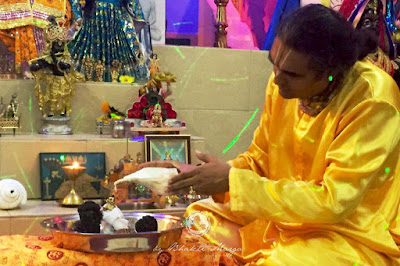 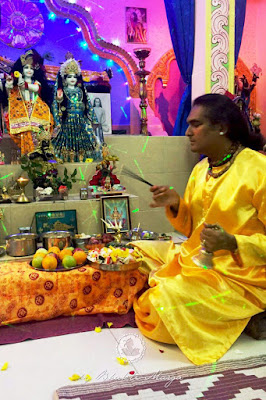 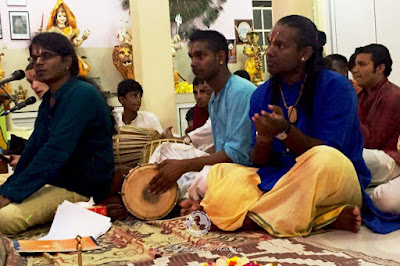 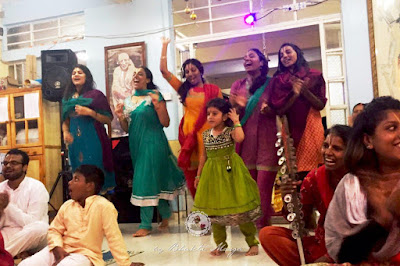 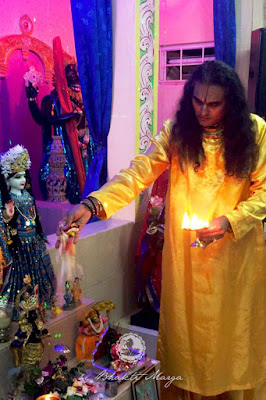 Devotees sang bhajans and kirtan while Guruji did the puja, and then afterwards he led many bhajans, including the Gopi Gita. The feeling in the room was so friendly and family-like. Everyone was so happy to have Guruji back in the mandir, back in Mauritius, and this was expressed very sweetly in their singing, and in their mood throughout the night. Guruji also was very relaxed, friendly, and happy to be with the people. He said at one point throughout the night that he was happy to be back in Mauritius because the people are happy that he's back.
Eingestellt von Bhakti Marga Communications um 13:56
Email ThisBlogThis!Share to TwitterShare to FacebookShare to Pinterest
Newer Post Older Post Home